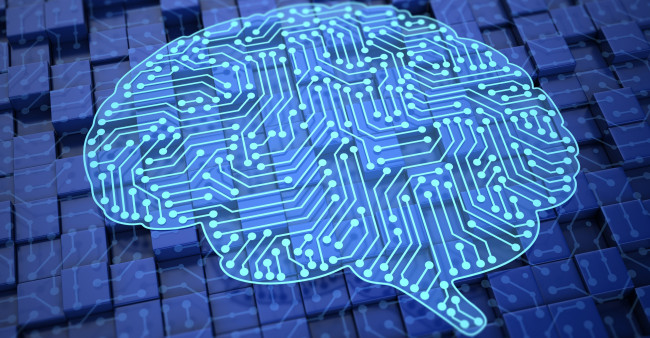 Some Brain Cells May Help to Fuel Cancer Metastasis

For decades, researchers have sought to better understand the mechanisms that govern metastasis.

Results from a new study may explain how astrocytes, a type of brain cell, can drive the spread of cancer to the brain. In the study, researchers showed that astrocytes can activate a growth protein in cancer cells called PPAR-gamma. That protein, in turn, helps the cancer cells gain a foothold in the brain.

Metastasis, or the spread of cancer cells to different organs in the body, is a long process that requires a cancer cell to break away from the initial, or primary, tumor, travel through the blood or lymph system, leave the circulation to settle in a distant organ, and grow. Although most metastatic cancer cells die along the way, some cells are able to reach a spot in the body with the right biologic conditions, growing into a metastatic tumor. This late stage of cancer is the cause of most deaths from cancer.

When cancer cells travel to the brain, the researchers reported, fatty acids released by astrocytes appear to activate the PPAR-gamma signaling pathway in the cancer cells, creating the right conditions for them to survive and grow.

Moreover, treating mouse models of brain metastasis with a drug that blocks the activity of PPAR-gamma slowed the growth of those tumors substantially, reported Qing Chen, MD, PhD, of The Wistar Institute in Philadelphia, and her colleagues October 2 in Cancer Discovery.

The findings, Chen and her colleagues wrote, differ from results from many earlier studies, which “show that activating [the] PPAR-gamma pathway suppresses metastasis development.” In fact, drugs designed to increase the activity of PPAR-gamma are being tested in clinical trials as treatments for several different types of cancer.

The results from this study add to the evidence that "the brain microenvironment may influence the effect of PPAR-gamma on the cancer cells in different ways,” said Chen. “PPAR-gamma may inhibit the movement of cancer cells from the primary tumor, but once cancer cells get into the brain, the high fat content [of the brain] can change PPAR-gamma’s function and promote metastasis.”

The Brain: An Ideal Host for Metastatic Cancer Cells

For decades, researchers have sought to better understand the mechanisms that govern metastasis—from the invasive properties of cancer cells that allow them to spread, to the features that make specific organs ideal hosts of metastatic cancer cells.

More than a century ago, Stephen Paget, an English surgeon and pathologist, proposed the “seed and soil” theory of cancer metastasis. The theory holds that, although cancer cells (the seeds) can travel throughout the body, they require specific conditions, or microenvironment (the soil), to grow.

“There’s this emerging body of evidence that tumor cells can’t grow autonomously in various parts of the body; they need support from the local microenvironment,” explained Richard White, MD, PhD, an investigator at Memorial Sloan Kettering Cancer Center who studies the influence of the microenvironment on metastasis.

One important component of the microenvironment is a source of energy for metastatic cancer cells. Because of its abundant supply of fatty acids, a rich energy source for cancer cells, the brain is one of the most common sites of metastasis for melanoma, lung, breast, colon, and kidney cancers. Brain metastases occur in 20%–45% of people with cancer.

For nearly 10 years, Chen has studied how cancer cells communicate with other cells in the brain microenvironment during metastasis, including the role of astrocytes.

In this new work, Chen continued, the research team wanted to understand how astrocytes achieve this feat.

Crosstalk between Astrocytes and Cancer Cells

In initial experiments involving cell lines derived from metastatic brain tumors, the team showed that some of the metastatic cells grew faster than others and that this growth advantage was further enhanced in the presence of astrocytes.

When Chen and her colleagues looked for molecular mechanisms that might explain these findings, they found that the communication pathway controlled by PPAR-gamma was overly active in those metastatic cancer cells that were in contact with astrocytes.

The PPAR-gamma pathway is activated by fatty acids and is involved in many cell functions, including metabolism, inflammation, and cell growth. Given that astrocytes normally make fatty acids to support brain function, the researchers wondered if astrocytes could also activate PPAR-gamma in cancer cells.

When the investigators treated mice implanted with brain metastases with a drug that blocks PPAR-gamma, these tumors grew more slowly than they did in control-treated mice. However, the drug did not have these effects in mice with metastases in the lung or primary tumors. Blocking PPAR-gamma activity may be “specific to the fat-rich brain microenvironment,” Chen and her colleagues concluded.

The Complex Role of PPAR-gamma

Most research on PPAR-gamma has focused on its potential role in preventing tumor development. In laboratory studies, drugs that increase the activity of PPAR-gamma have been shown to block cancer cells from developing invasive abilities; several of these drugs are currently being tested in clinical trials to treat several types of cancer, including lung cancer and lymphoma, and to reduce the risk of a type of skin cancer in those who have been treated for it multiple times.

This study adds to the building evidence that PPAR-gamma may also act as a cancer promoter, particularly in high-fat environments, such as the brain, Chen said.

Results from this study suggest a potential therapeutic strategy to treat brain metastases by blocking the activation of PPAR-gamma by the tumor microenvironment, White said. But more studies are needed to better understand PPAR-gamma’s role in metastasis.

“When patients develop brain metastases, it doesn’t exclude the possibility of metastases elsewhere,” he continued. “We want the treatment to cut off metastasis in the brain but not promote it in other sites.” So, it could mean that there won’t be “a uniform approach” to treating patients with drugs that block or promote the activity of PPAR-gamma, he said.

“It’s too early to say if we can use drugs that block PPAR-gamma in the clinic, because PPAR-gamma is involved in so many different pathways,” said Chen. “For future studies, we want to explore exactly what PPAR-gamma is doing in cancer cells to promote brain metastasis.”