The former Damon Runyon Fellow received the honor for his work describing the exact sequence of events involved in DNA replication.

Throughout his career, Stillman has focused on how chromosomes in cells are copied so when a cell divides, each new cell contains an exact copy of the genome. Considering that a human cell contains approximately six billion base pairs of DNA packaged into 23 pairs of chromosomes, this is a herculean task. This research provided key insights into how the genome duplication process is coordinated with many other essential cellular events and how mutations can occur that initiate cancer.

Damon Runyon sponsor Ronald D. Vale, PhD, also received an award for his discovery of kinesin and molecular motors, which transformed the study of cell biology. It opened a new field focusing on motor proteins and biological motility, an essential attribute of living organisms.

Healthy Lifestyle, Reducing Side Effects and Getting the Best Care 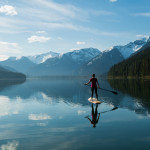 The Next Frontiers in Cancer Therapies 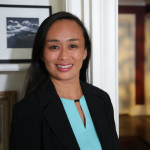