Targeting the genes and pathways that promote liver metastasis may be key to developing better treatments for colorectal cancer.

Colorectal cancer is among the leading causes of cancer deaths worldwide, second only to lung cancer. As with many cancers, the primary cause of death in this type of cancer is metastasis, or when the cancer spreads from its original tissue to another organ in the body. In colorectal cancer, the liver is most common site of metastasis—more than half of all colorectal cancer patients will develop tumors in their liver during the course of their disease. Targeting the genes and pathways that promote liver metastasis may be key to developing better treatments for colorectal cancer, but until recently, these genetic mechanisms were not well defined.

Now, thanks to the efforts of former Damon Runyon Fellow Ryan H. Moy, MD, PhD, of Columbia University, 26 genes have been implicated in liver metastasis, including several potential drug targets. Among these is ITPR3, which codes for a calcium channel protein. ITPR3 helps cancer cells survive in the low-oxygen environment of the liver by releasing calcium into the cell, which in turn activates other stress-response proteins. ITPR3 makes a logical drug target because it sets off a domino effect, inducing the expression of other genes—such as the transcription factor gene RELB—that contribute to liver metastasis in colorectal cancer.

The next question, of course, is how best to target ITPR3. While there are currently no specific inhibitors for the calcium channel, coffee drinkers will be glad to hear that caffeine appears to have an inhibitory effect on ITPR3. A 2015 study showed an inverse relationship between caffeine intake and colorectal cancer recurrence and mortality, with patients who drank four or more cups of coffee per day experiencing significantly improved survival compared to abstainers. (Notably, decaf coffee did not have the same effect.) Dr. Moy’s latest findings reinforce this data; his team found that exposing colorectal cancer cells to caffeine interfered with ITPR3 activity, reducing the cells’ ability to metastasize to the liver.

With this study, Dr. Moy and his colleagues have brought forth several potential new drug targets for patients and offered promising early data regarding their therapeutic potential. Further research is needed to explain caffeine’s apparent protective effect, but in the meantime, as Dr. Moy’s mentor, Sohail F. Tavazoie, MD, PhD, recently tweeted: “Drink up!”

This story was published by Damon Runyon Cancer Research Foundation on July 13, 2022. It is republished with permission. 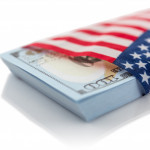