Being laid off during this COVID-19 pandemic is really a downer.

As many of you saw on Thursday, I was laid off from my job as a marketing project manager. I honestly did not see it coming and was completely blindsided. I found out later that a total of 300 people were laid off from the company due to the COVID-19 pandemic and their bottom line. As a survivor of the 2008 recession and breast cancer survivor, I know this will be an even tougher road due to so much uncertainty about our health.

I’m a realist and see the massive layoff numbers, especially now that I am part of that number. It’s not about being capable or skilled at this time. Many of us who are laid off are more than capable and skilled. That’s the issue. The competition will be much like the recession days; extremely fierce. Plus, many companies are implementing hiring freezes except for healthcare, technology and food industries.

I’ve been a mixed bag of emotions since Thursday – furious, scared, disbelief, anxious. I initially got more upset being told to be strong. I know people meant it in a loving and kind way and weren’t sure what to say. I’m sure I came across unintentionally a little snappy when responding to texts and messages. You see, I already AM strong. How much stronger do I need to be to survive in this world? I never set out to be a modern-day Hercules.

I’ve spent this entire weekend doing major self-care so I wouldn’t complete snap or fall into a serious depression. What’s hardest for me to deal with is feeling completely disrespected by my former manager and bigger boss. So, here’s what I’ve done to cope and change my mindset so I can focus on next steps come Monday morning.

1. I needed to feel in control of my space, so I did OCD cleaning from top to bottom. I pushed through my chronic pain which has been sky high because I needed that control.

2. I purged all of the logo’d work stuff (water bottles, bags, backpacks, notepads) which really made me feel good.

3. I must’ve vacuumed five different times. Each time I shouted the things I wanted to say out loud to my former manager and bigger boss but never could to their faces.

4. As thoughts of them would enter my mind, I would quickly replace it with a positive thought of the amazing people I got to meet and hangout with for the past two years.

5. I thought about how one of the regional vice presidents called me after I emailed him to personally thank him for being such a great light and inspiration in the office. His beautiful words brought me to tears. He’s just a good man and a father figure in the office.

6. I thought about all of YOU who reached out to me with posts, texts, emails, DMs and calls and thought how blessed I am to have people who care, even those who’ve never met me in-person.

7. I thought about how I managed to push through chemo brain and be on point almost every day and make big decisions and lead conference calls and meetings.

8. I read tons of inspirational quotes, prayed, read some self-help books on my bookshelf about transition and struggles.

9. I’ve watched my favorite action movies and TV shows with a fierce female lead that I love so much. Those who know me well, know that Alias is my go-to series every single time. I just connect with Jennifer Garner’s character Sydney on so many levels. I even have an autographed script of the pilot, autographed picture of Jennifer Garner and the Alias books. Yeah, I’ve been obsessed from day one.

10. I’ve spent time remembering the many, many trials I’ve already survived and still standing. I’m reminding myself that even when I want to give up, I must push forward because I have purpose in this life. Though I don’t know how my purpose will fully flourish, I’m trusting God’s plan.

All the above has helped me get to a decent place mentally and emotionally. I haven’t been able to verbally talk to many people this weekend. I knew I needed to work on my mindset so I wouldn’t go ballistic or cry uncontrollably. So again, I apologize for unintentionally sounding snappy in my texts or DMs.

Being laid off during this COVID-19 pandemic is downright shitty. I allowed myself to get angry and then release it. It’s so ironic that I literally am a Cancer (birthday July 3rd), so I crawled into my shell this weekend so I could emerge with a plan of action and focus come Monday. Again, I’m already a strong and resilient person and know I’ll get through this. It’s just a tough pill to swallow because I was hoping for a somewhat stable 2020 financially, professionally and physically since last year was a complete bust.

Here are the top quotes that have brought comfort to me. I may have some printed to look at often…can you guess which one (s)? 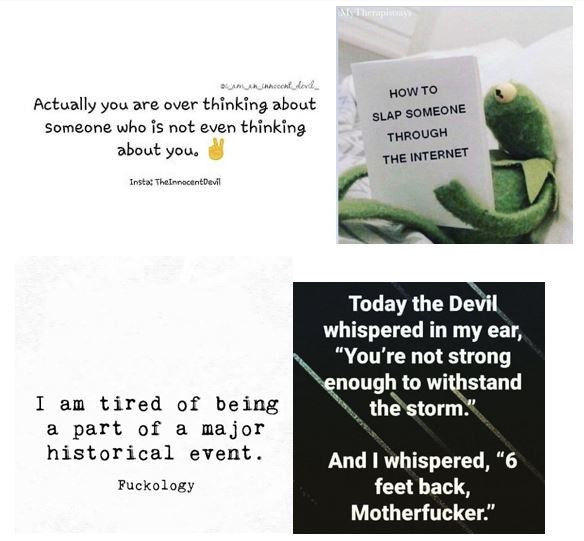 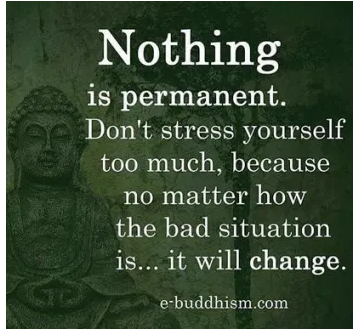 So like Dorothy’s “lions and tigers and bears, oh my!” line, I cautiously step into Monday thinking of COVID-19, networking, revising my current resume, trying to get my breast cancer scans rescheduled for this week before I lose my company health insurance, waiting for my official work end date so I can file for unemployment, reviewing Medicaid and ACA and bills.

On the bright side, I have time to write and submit to my huge list of publications that I have been aching to do. Most of all, I know that I am not alone in this struggle and calm enough to fully reach out to friends to lean on. I love y’all!