CRISPR Gene Editing Gets an Upgrade

The new method may increase gene editing efficiency and safety for future use in human cells.

CRISPR gene editing has the potential to treat a large swath of genetic diseases by integrating new DNA into a cell while disabling the disease-related gene. CRISPR pioneer, Former Damon Runyon Innovator Feng Zhang, PhD, and colleagues at the Broad Institute and Massachusetts Institute of Technology, have used a new protein that can insert custom genes into DNA without first cutting it apart. This method may increase gene editing efficiency and safety for future use in human cells.

Currently, when researchers edit genes with CRISPR, their systems chop a strand of DNA before inserting a new gene and allowing a cell’s natural healing mechanisms to patch the strand back up. However, this approach is error prone and inefficient.

The find may help make future gene editing safer and more accurate. The researchers tested their techniques on the E. coli bacterium. The next step is to test the new form of CRISPR in plant and animal cells. 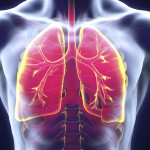