Dan and Justin, Two Left Nuts in One Sack

Dan Duffy wrote The Half Book and I saw a lot of myself within the pages.

Perhaps my favorite thing about the Band of Ballers series is learning more about my fellow Uniballers. Kyle Smith, my other half and founder of CHECK15, is the only one I have met face-to-face… or perhaps Lefty-to-Righty would be a better description (on second thought, that sounds wrong on numerous levels).

However, I feel a kindred spirit with all of the fellas who have spoken up about their journeys. A more recent addition to the Band, Dan Duffy, authored The Half Book: He’s Taking his Ball and Going Home, and he graciously sent me a copy to check out.

As I read the book, I couldn’t help but notice all the similarities between our journeys — and it extends far beyond the simple fact that our doctors stole our left testicle from us both.

The beginning of our testicular cancer journeys mirror each other, with some slight differences.

We were both in our twenties at the time of diagnosis; I was 25 and Dan was four years my senior. We had both just landed new jobs that seemed promising at the time; I, as a teacher closer to my new home in a better school district and Dan just began breaking into radio. Ironically, much later after reaching remission, Dan would shift into video production, proving that video really did kill the radio star.

One major difference was in how we each noticed something was wrong. Dan had severe back pain for many months, but chalked it up to complications from a car accident and a myriad of other problems. Eventually, while stretching, he discovered “a lump the size of a golf ball about an inch below the left side of my rib cage.” On the other hand (but using the same hand), my only symptom was feeling a lump on Lefty.

However, once we both detected our respective lumps, we had the same thought — “That shouldn’t be there.”

We followed this notion with a call to our doctors’ offices, though Dan called two days later while I waited about a week and a half. As I read Chapter Six, I experienced either a glitch in the Matrix or some major deja vu. When we first made our respective calls, we both just asked for an appointment. We were told that there were no openings available for months, but when we mentioned lumps, spots opened up immediately. Talk about being on the ball (Sorry, Dan — on the side doesn’t roll off the tongue as well).

As I’m sure you have guessed by now, we were both diagnosed with testicular cancer shortly thereafter, though Dan had a more advanced stage than I did.

I guess I’ll let him have this one.

Yet, our experiences with testicular cancer take slightly different paths in the treatment phase.

Here is where our testicular cancer journeys encounter a fork in the road. Dan started chemo right away, whereas I began with my orchiectomy. Once I was done recovering from my surgery, I began chemotherapy, and in a bizarro world twist, Dan did the opposite. He did note in the book that this is opposite from what usually occurs, which I found interesting.

However, we did experience many of the same chemo-related side effects — nausea, fatigue, loss of immune system, hair loss, and more. Interestingly, we both grabbed our rapid exodus of our hair follicles by the ball (or balls in Dan’s case) and shaved it off ourselves. We both wanted to have that power over cancer.

On why he wanted to shave his head, Dan said:

“I have promised myself that I would not let cancer take my hair. I swore I wouldn’t give it that type of power. I’d take it myself before I let cancer take it, dammit. In other words, ‘If you don’t play how I want to play, I’m taking my ball and going home.’”

Echoing this, in my post about shaving my head, I said:

“It was important to me that I did it myself — not Mallory, not my mom, not a barber… Perhaps it was me wanting to show that I am still in control of my life. Maybe it was also just the curiosity of shaving my own head.”

Furthermore, we both had interesting ways of describing our hair loss. While I compared my hair loss at “the end of two showers, [to] a dead rat was on the floor,” Dan was slightly more… detailed. He said it looked like he had “brought a gorilla to climax.”

In my defense, I was trying to be family friendly in that post.

At the end of the day — our goals remain the same: getting more people to talk about cancer.

Eventually, Dan and I both kicked cancer in the ball (by this point, Dan had lost his) and became strong advocates for discussing cancer openly, or as he puts it, “an accidental activist.” Though neither one of us set out to do this with our lives before facing this beast, we now felt compelled to do something more.

In addition to sharing both our own stories and those of others, we both feel that bravery in cancer patients is misunderstood. I never felt brave; I just felt that I was following what my doctor told me to. Dan offers another take:

“If you were to poll one hundred cancer patients, chances are not a single one of them would consider him or herself brave. Personally, I was terrified on more occasions than I can count.’

Nowadays, Dan dedicates his time to the Half Fund, which is a nonprofit organization devoted to providing funds for cancer awareness. An interesting point that resonated with me is that he doesn’t see other non-profits as competition. Towards the end of the book, he relates an anecdote about talking to the founder of an even larger nonprofit, in which the other founder said:

This really stuck with me as I finished out the book. While ABSOT is not a non-profit, I do work with a number of non-profit organizations and for-profit companies to get my mission out in the world. I don’t see them as my enemies, as we’re all serving a common purpose: defeating cancer. We need to work together and tear down silos. It’s not about ego, prestige, or profit; it’s about saving lives.

Another profound moment of the entire book comes towards the end, in which Dan muses:

But one question I never have is ‘Why did I get cancer?’ I never ask that question because I already know the answer: God gave me the ability to tell stories and cancer gave me the motivation to tell good ones.’”

There’s more to it than just the testicular cancer journey

I was intending to keep this review short, but it appears I dropped the ball. Sorry, not sorry — this book is just a really good read.

While a decent chunk of this book is dedicated to explaining Dan’s testicular cancer trials, there is much more to it. It also discussing finding his wife, having children, issues at the airport, and more.

One thing that I didn’t talk much about in this review was his discussions about how his diagnosis affected his dad. I don’t think I could do it justice in summarizing it, but it’s a very poignant theme that is woven throughout the book.

I guess I never really thought much about how my diagnosis affected my own father and I spent some time reflecting on it. Dad, if you’re reading this (and I’m pretty sure Mom will make you read it), thank you for all of your support during and after my battle. Even if it was from afar, it meant a lot to me and I know you wish you could have done more down here in Virginia. I love you.

I highly recommend checking out this book — it’s well worth the $15 on Amazon (or $10 for Kindle). My Goodreads review says it best — and much more succinctly than this 1,400 word blog post:

“This book details one man’s journey through one life changing diagnosis that leads to him having one ball and one largely changed outlook on life. It’s a good story, regardless of your connection to cancer. The writing quick, witty, inspiring, engaging and definitely worth the read.”

Shocked by His Breast Cancer Diagnosis, One Man Spread the Word 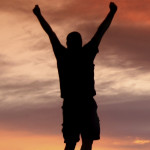 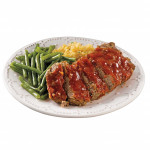