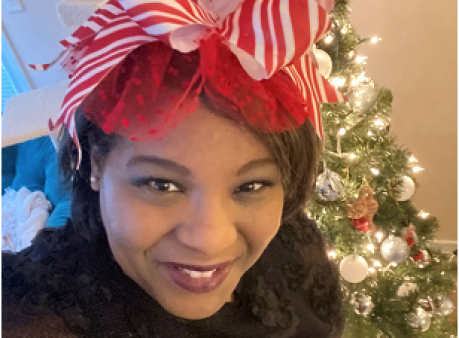 I have never felt more afraid, paranoid, heartbroken, horrified and filled with a level 4 kind of rage than I did in 2020.

I think many can agree 2020 has been like an episode of The Twilight Zone played on a loop. It was like the lid on Pandora’s box was forced opened and nothing could stop the chain of events. The pure hatred, corruption, greed, rage, white privilege, and selfishness of people boiled over.

There were days where I could embrace the suck through challenging myself professionally and spiritually. I was able to rise up for myself with a new confidence. I felt bolder, inspired, empowered, and even thankful because I took the professional risks I had been wanting to take for years and years. Instead of shying away from risks, I finally had the ability to get off that hamster wheel and believe in my talents. How I wish I had had this forced pause and push back in my 20’s but better late than never, right?

I have also never felt more afraid, paranoid, heartbroken, horrified, and filled with a level 4 kind of rage than I have this year. I witnessed two of those “Karens” during the summer. I had more racist remarks directed toward me. The horrific images of Ahmaud Arbery and George Floyd being murdered by white men who smiled will haunt me forever. Police uniforms and red hats became the modern Ku Klux Klan attire. There was no need for them to cover their faces anymore. That racist tRump and the GOP gave a green light because they knew there would not be any consequences.

Instead of solely focusing my blog about cancer, I felt I had to start writing about racism and the difficulties I continue to face both inside and outside of cancerland. I stopped being nervous about possibly offending people. Blogging my point of view and experiences of the past and present was a way to keep from going insane.

I really wanted the white people I knew and those I did not know to see my face and that I am not immune to have racist comments spewed at me. This year truly let me know that it does not matter how educated, talented, and classy I am. At the end of the day, I will always, always be seen as a black woman first.

How does one ever heal from severe trauma when it is their existence causing all the pain and turmoil? Even though I am still not accepted in the black world—no invitations to the barbeque—something changed for me when thinking about all the white people I know. I began to pull away from the white friends in my inner circle. In fact, I would say I am still pulling away.

What I say next is not to anyone specifically. It would be rude to call out people by name. It is what I experienced heavily this year, so I’m speaking to the general white population.

I get so sick of white people saying not everything is about race.

I get so sick of white people questioning me and not believing me when I share a racist experience.

I get so sick of white doctors dismissing my pain and talking down to me.

I get so sick of white people being unable to control their surprised facial expressions when they hear my voice.

I get so sick of white people feeling the need to tell me about Black people and Black organizations within the cancer community.

I get so sick of white people feeling the need to start any conversation about race by saying they will never know what it is like to be Black and how that feels.

I get so sick of white people not believing there is racism within the medical community.

I cannot even be viewed as just a cancer survivor because groups and organizations make it noticeably clear they label me as a BLACK cancer survivor; therefore, I must be an expert on all black-related issues. I thought the days of being used as a black token were gone. It has never been more apparent how many white people view me.

As I write this, I can almost hear the thoughts of any white person reading this. I know you are thinking “what am I supposed to say” and “I’m not a racist” and “I don’t view you as Black” and “I don’t see color” and “why are so many Black people angry.”

While I am excelling professionally, I am a wreck personally. I no longer know who to trust. Some of the places and people I thought were safe showed their true colors. No one, including me, knows how to categorize me. I do not fit in any common mold. I am unapologetically ME.

So, while I had some amazing and one of kind opportunities come my way this year, I continue to grapple with depression, pain, loneliness, rage, hurt, and confusion. This James Baldwin quote is one I have used repeatedly this year. It is the first time I feel what he felt. I wonder if 2021 will be any different.

It is important for me to thank all of you for taking the time to read my blog this year. While the bulk of my posts took courage to write and share, I acknowledge it took courage for you to read it. I read every single comment, negative and positive, that I received. Life can shove many of us off the rails with unforeseen challenges, unexpected deaths of friends and family, and hard truths revealed. What I do know is I will continue to be bold, work through the uncomfortable thoughts and feelings, and keep sharing my truth.

Thank you for coming on board the cancer train of vulnerability and mixed emotions. 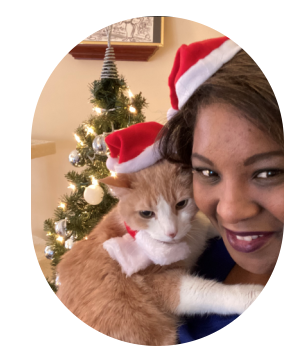 This post originally appeared on Life on the Cancer Train on December 21, 2020. It is republished with permission.