Estimated Rates of Melanoma Increasing in 2019

New treatments for melanoma approved over the last decade appear to be improving survival and reducing mortality rates.

The American Cancer Society (ACS) released the latest estimates about the number of cancer patients in its annual report, Cancer Facts and Figures. This report highlights the incidence (number of new cases), prevalence (number of people alive today with a history of cancer), and survival statistics for cancer in the United States. Importantly, the report tracks trends over time — allowing us to monitor the impact of improvements to prevention and treatment approaches.

This data is incredibly useful for understanding trends in the number of melanoma cases over time and how new treatments — such as advances in immunotherapy and targeted therapy — may be impacting survival and outcomes across the entire population, not just in a small clinical trial.

Trends in mortality rates from melanoma, as reported, declined from 2007 to 2016. During this time period, the death rate for melanoma declined by about 2% per year in adults 50 years of age and older and by about 4% per year in those younger than 50. These data suggest that the several new treatments for melanoma approved over the last decade appear to be improving survival, and reducing mortality rates across the population. However, with an estimated 7,230 deaths this year from melanoma, more research is needed to develop new treatment options for all patients. Understanding the urgent need for new melanoma treatments, MRA has invested more than 90% of its research funding to date into the discovery and development of new treatments ($91 million of $101 million), including more than 96 unique new treatment approaches.

The new report from ACS shows that melanoma is the fifth most commonly diagnosed cancer in the U.S. among both men and women. More research is needed to understand the factors that increase a person’s risk and the most useful prevention strategies. MRA included research into early detection and prevention as an additional priority area in our most request solicitation for research proposals. New MRA melanoma research awards — in prevention, detection and developing new treatments — will be announced in the spring 2019. 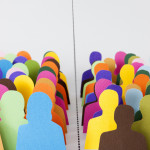