Today, the U.S. Food and Drug Administration granted approval to Turalio (pexidartinib) capsules for the treatment of adult patients with symptomatic tenosynovial giant cell tumor (TGCT) associated with severe morbidity or functional limitations and not responsive to improvement with surgery.

“TGCT can cause debilitating symptoms for patients such as pain, stiffness and limitation of movement. The tumor can significantly affect a patient’s quality of life and cause severe disability,” said Richard Pazdur, MD, director of the FDA’s Oncology Center of Excellence and acting director of the Office of Hematology and Oncology Products in the FDA’s Center for Drug Evaluation and Research. “Surgery is the primary treatment option, but some patients are not eligible for surgery, and tumors can recur, even after the procedure. Today’s approval is the first FDA-approved therapy to treat this rare disease.”

The prescribing information for Turalio includes a Boxed Warning to advise health care professionals and patients about the risk of serious and potentially fatal liver injury. Health care professionals should monitor liver tests prior to beginning treatment and at specified intervals during treatment. If liver tests become abnormal, Turalio may need to be withheld, the dose reduced, or permanently discontinued, depending on the severity of the liver injury. Turalio is available only through the Turalio Risk Evaluation and Mitigation Strategy (REMS) Program.

The FDA advises health care professionals to tell females of reproductive age and males with a female partner of reproductive potential to use effective contraception during treatment with Turalio. Women who are pregnant or breastfeeding should not take Turalio because it may cause harm to a developing fetus or newborn baby. Turalio must be dispensed with a patient Medication Guide that describes important information about the drug’s uses and risks.

The FDA granted this application Breakthrough Therapy designation and Priority Review designation. Turalio also received Orphan Drug designation, which provides incentives to assist and encourage the development of drugs for rare diseases. The FDA granted the approval of Turalio to Daiichi Sankyo.

This news release was originally published on the Food and Drug Administration website on August 2, 2019. 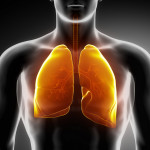