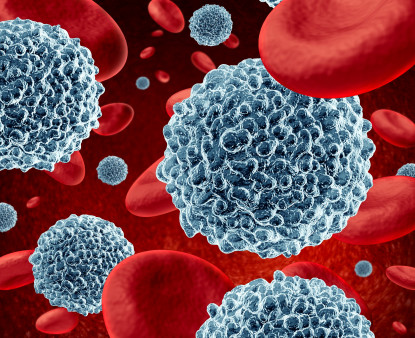 Immunotoxin Lumoxiti fills an unmet need for patients whose disease has progressed after trying other FDA-approved therapies.

The U.S. Food and Drug Administration today approved Lumoxiti (moxetumomab pasudotox-tdfk) injection for intravenous use for the treatment of adult patients with relapsed or refractory hairy cell leukemia (HCL) who have received at least two prior systemic therapies, including treatment with a purine nucleoside analog. Lumoxiti is a CD22-directed cytotoxin and is the first of this type of treatment for patients with HCL.

“Lumoxiti fills an unmet need for patients with hairy cell leukemia whose disease has progressed after trying other FDA-approved therapies,” said Richard Pazdur, M.D., director of the FDA’s Oncology Center of Excellence and acting director of the Office of Hematology and Oncology Products in the FDA’s Center for Drug Evaluation and Research. “This therapy is the result of important research conducted by the National Cancer Institute that led to the development and clinical trials of this new type of treatment for patients with this rare blood cancer.”

HCL is a rare, slow-growing cancer of the blood in which the bone marrow makes too many B cells (lymphocytes), a type of white blood cell that fights infection. HCL is named after these extra B cells which look “hairy” when viewed under a microscope. As the number of leukemia cells increases, fewer healthy white blood cells, red blood cells and platelets are produced.

The efficacy of Lumoxiti was studied in a single-arm, open-label clinical trial of 80 patients who had received prior treatment for HCL with at least two systemic therapies, including a purine nucleoside analog. The trial measured durable complete response (CR), defined as maintenance of hematologic remission for more than 180 days after achievement of CR. Thirty percent of patients in the trial achieved durable CR, and the overall response rate (number of patients with partial or complete response to therapy) was 75 percent.

The prescribing information for Lumoxiti includes a Boxed Warning to advise health care professionals and patients about the risk of developing capillary leak syndrome, a condition in which fluid and proteins leak out of tiny blood vessels into surrounding tissues. Symptoms of capillary leak syndrome include difficulty breathing, weight gain, hypotension, or swelling of arms, legs and/or face. The Boxed Warning also notes the risk of hemolytic uremic syndrome, a condition caused by the abnormal destruction of red blood cells. Patients should be made aware of the importance of maintaining adequate fluid intake, and blood chemistry values should be monitored frequently. Other serious warnings include: decreased renal function, infusion-related reactions and electrolyte abnormalities. Women who are breastfeeding should not be given Lumoxiti.

The FDA granted the approval of Lumoxiti to AstraZeneca Pharmaceuticals.

This announcement was originally published on the Food and Drug Administration website on September 13, 2018.