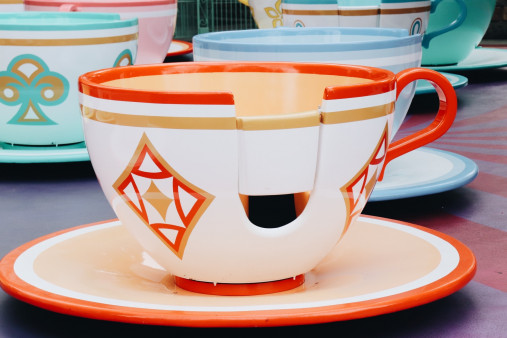 By Skylar Sahakian on Unsplash

From Fear Factor to the Heimlich Maneuver to My 13th Cancerversary, This Trip Had Everything

I like to think I’m a good judge of character, but I have to admit that I’m a horrible judge of the character of my cancer.

If you want to add more drama to your life, you just can’t beat lung cancer. It makes the old Disneyland Tower of Terror ride seem more like riding the teacups in comparison.

First, there was the new cough. It started two months ago. Genevieve and I had endless discussions about it. Was it getting worse? Better? Is there something else it could be? When you are healthy, a cough like that might be annoying, but you do your best to ignore it and wait for it to go away. When you have cancer, a headache two days in a row makes you wonder if the cancer has spread to your brain. There is no random symptom too small to raise the question: “Does this mean my cancer is growing?”

When that symptom is in the same place as the cancer, well, it’s hard not to go there. As a result, Genevieve and I have been snapping at each other for weeks leading up to this latest CT scan, and our subsequent trip from Portland to San Diego to get the results. I was nearly certain we would find out that my extraordinary ride of four years and nine months without progression, on a drug that normally leads to progression within thirteen months, was over. The Fear Factor had taken over.

I have been extraordinarily bad at knowing when my cancer is growing. I had no symptoms before I was diagnosed the first time, when it was Stage III. I had no symptoms five years later when I was diagnosed the second time, when it was Stage IV. The cancer has progressed twice since then, and I didn’t know it was happening either time. To confuse things even more, there have been many times when I thought it had grown, but I was wrong. I like to think I’m a good judge of character, but I have to admit that I’m a horrible judge of the character of my cancer.

This time, we thrilled that my cancer judgment was so bad! We got the results, and there has been no growth again! UN-FREAKING BELIEVABLE!

And to top it off, we just celebrated my thirteenth cancerversary! Not bad for a guy with Stage IV lung cancer, eh?

We were almost giddy as we sat down for lunch. But right after we started, Genevieve started gagging and choking. We stopped thinking about my survival over the coming months, and started thinking about Genevieve’s survival in the next few minutes. She could breathe just enough to ask me to do the Heimlich maneuver, which I did unsuccessfully. A small crowd gathered, including a man who had just passed his CPR certification. He thumped Genevieve on the back several times, which was also unsuccessful. While this man, several others and I problem-solved, Genevieve continued to wheeze and gag. We were all terrified.

It became clearer as time went on that, while Genevieve was still gagging, she was able to breathe… just enough. She thought it was a pill lodged in her throat. A good half-hour of continued gagging later, the pill dissolved enough for the episode to mostly pass.

Our celebration flipped on its head and instead reminded us of the fragility of life for everyone. It was also a vivid reminder of how much Genevieve means to me, and how grateful I am to have her. The thought of losing her terrified me, and made my concerns about my own CT scan seem trivial. It’s true what Genevieve tells me: It’s much harder when your partner’s life is at stake.

The end result could not be better. Genevieve is back to breathing normally, and there is still no end in sight to my extraordinary good fortune with my Tagrisso clinical trial. And to top it all off, we BOTH have a greater appreciation for each other.

All in all, that’s a pretty great trip, don’t you think? Now, we have four more months to think about it.

I hope all is well for you, too, my friend.

This post originally appeared on Dann’s Cancer Chronicles. It is republished with permission.