This is technically 2015 Justin, but just roll with it.

Focusing on Physical Health After Cancer

I’ve talked a lot about my mental health after cancer, and my physical health is critical, too.

Prior to my testicular cancer diagnosis in 2016, I hadn’t been to the doctor for any reason since 2014. Nowadays, things are much different. I have follow up scans and routine blood work, but this isn’t what I mean. I’m talking about how I actively choose to seek out doctors when I am feeling unwell. Taking care of my physical health after cancer has become paramount.

Back in the era of 2014 Justin, I remember going to work with flu-like symptoms.

I’d be barely able to breathe, incredibly achy, and burning up, but I would still refuse to see a doctor. Since October 2018, I’ve had four bad sinus infections that have knocked me on my rear end.

For three of the four of them, I went to see a doctor soon after the onset of symptoms. Each time, within an hour, I had a prescription for antibiotics, tips for over the counter relief, and an order to rest. Within twelve hours of beginning the medicine, I could feel less sinus pressure and stuffiness. By the third day, I felt completely back to normal.

I take a similar proactive approach to when I’m experiencing pain, too.

In 2013, I adamantly thought I could fit a ten-pound roast in a five-quart crock pot. To be fair, geography was never my strength. Needless to say, no matter how hard I tried to carve the pork shoulder down, it wouldn’t fit. However, I did manage to slice my finger open.

Even though I was losing a lot of blood, in immense pain, and feeling woozy, it took phone calls from both my mom and Mallory to convince me to go to the ER… where I then received several stitches, and have permanent nerve damage to this day.

Compare this to present-day Justin. I regularly see a chiropractor for neck, spine, and back pain. After the two fold punch of Tough Mudder and weird pull up injuries this past week, I am convinced this man is an angel of some sort. I even go when I don’t have any immediate pain as a preventative measure.

Focusing so strongly on my physical health after cancer does have some downsides on the mental health side of things, however.

Remember four paragraphs ago when I said I went to a doctor for three of my four sinus infections? (Side note — I realize a lot of my readers may be dealing with chemo brain, so no disrespect if you didn’t remember.) I didn’t go for my fourth, and most recent, episode because I already had an appointment scheduled at Dr. Maurer’s office for my summer bloodwork.

After the nurse told me my tumor markers were normal, I brought up the sinus issues and she recommended to start on allergy type regimen (as I am pretty sure I am allergic to something in my school), complete with Zyrtec and nasal sprays. Joy. 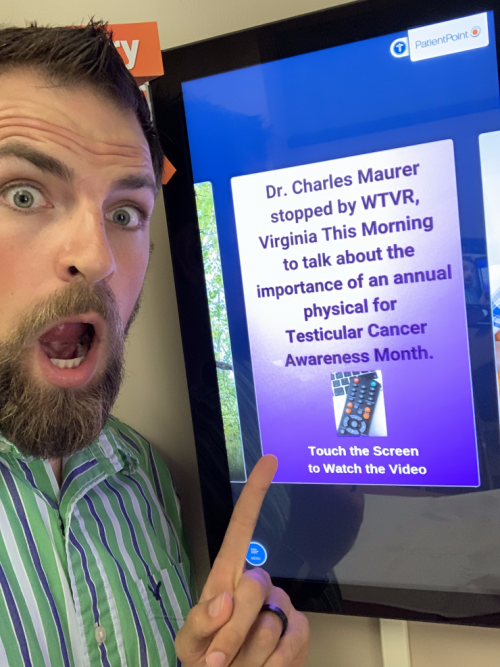 She also asked if I had any other symptoms I wanted to discuss and I mentioned that I’ve lost a fair amount of weight without trying recently (#humblebrag) and have been excessively sweating, even when sitting in air conditioning and while sleeping… with two fans blowing on me and in minimal clothing (too much?)

Upon hearing this, she decided to order a thyroid level test and suggested getting a hormone level test, too. The nurse said that she wanted to rule out the more common issues before looking into more serious causes.

Being the brilliant person I am, I asked what she meant by more serious causes.

She said given my cancer history and specific cocktail of drugs used, there’s always a chance of a second cancer, such as lymphoma or thyroid cancer, developing. Cancer continues to be one of my biggest fears (right after the Easter Bunny — I mean, a giant rabbit leaving treats? No thank you!), so I was a bit anxious hearing that. The nurse reassured me that they would monitor me closely and move up my scans (originally scheduled for this December) if they felt it was necessary.

After drawing my blood to test the thyroid levels, and locking down assurances they would call me with results, I went on my merry way. I decided to choose not to panic until I knew more information. While I wouldn’t want cancer again, I know I can take it if it comes to that… but I am not going to worry until it gets there. I do promise to update here either way.

So in essence, that’s the downside to putting more thought into my physical health: anxiety over cancer recurrence. But let’s be real, that’s always lingering in every cancer survivor’s mind anyway.

So for the rest of you non-cancer afflicted men, you have no excuse.

My weekly column on The Good Men Project has been focusing on why men don’t discuss their health. The three I’ve written about so far are:

I’ve got a few more columns to pen about other excuses, but I don’t think any of them can match “I’m worried I will develop another form of cancer.” 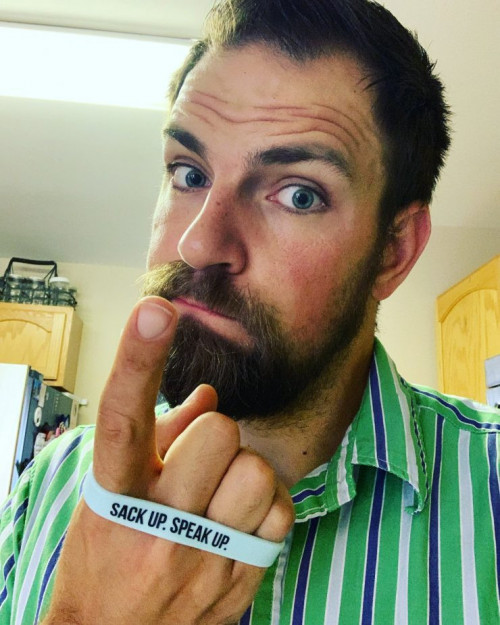 I challenge you — see your doctor by the end of the month. Whether it’s for an annual screening, to get something looked at, or finally get that cough fixed, you’ll be glad you did and healthier for it. To be blunt, don’t be an idiot and suffer in silence.