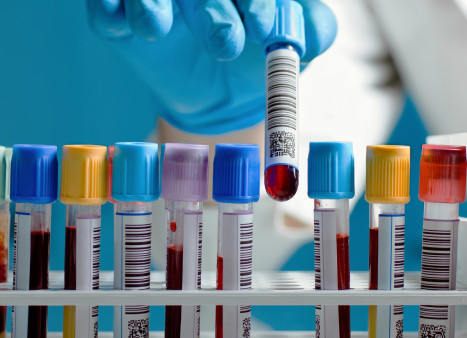 Blood tests, like the carcinoembryonic antigen test, are one way to tell if colorectal cancer has returned. Istock

Undergoing follow-up testing for cancer recurrence more than once a year may not benefit people who have been treated for colorectal cancer, results from two new studies show.

The goal of follow-up testing, or surveillance, of people who have been treated for cancer is to improve patient survival by detecting and treating a recurrence early. But results from both studies, published May 22 in JAMA, showed that more frequent tests did not change the rate of detection of recurrence or death due to cancer.

For people who are diagnosed with colorectal cancer that has not spread to distant locations in the body, surgery can cure most patients. But in some patients, the cancer will return, usually within 3 years after surgery.

To try to detect recurrences as early as possible, people who have finished colorectal cancer treatment regularly return to their doctors for imaging tests (like CT or MRI scans) and a blood test to detect CEA, a substance that can indicate if cancer is growing. However, current medical guidelines differ on the recommended surveillance tests and how often they should be performed.

The National Comprehensive Cancer Network, for example, recommends that people who are treated for stage II or III colon or rectal cancer have CEA testing every 3 to 6 months for 2 years and then every 6 months for 3 additional years, plus CT scans every 6 to 12 months for 5 years.

“The data [from these studies] should definitely force us to get back together as a group and think about whether we need to revise the guidelines,” said Blase Polite, MD, an oncologist at the University of Chicago Medical Center.

Based on the findings of these and other studies, “there is now a considerable body of evidence that imaging and CEA testing more often than every year does little to improve survival in a meaningful way,” wrote Hanna Sanoff, MD, of the University of North Carolina at Chapel Hill, in an editorial on the two studies.

What Is the Best Surveillance Strategy for Colorectal Cancer?

Both of the new studies aimed to determine whether increased surveillance improved outcomes of colorectal cancer, but they took different approaches.

The study, called COLOFUL, was led by Peer Wille-Jørgensen, D.M.Sc., of the Danish Colorectal Cancer Group.

After 5 years, the rate of detected cancer recurrence was unchanged between the high-intensity group and the low-intensity group. In addition, there was no difference in deaths overall or deaths from colorectal cancer between the two groups, the researchers found.

The findings were similar when the investigators stratified participants by cancer stage.

The other study was a retrospective cohort study, funded partly by NCI, of more than 8,500 people who had been treated for colorectal cancer in the United States and who were registered in the National Cancer Database—a collection of clinical oncology data gathered from multiple hospitals. The researchers used the database and additional information regarding surveillance testing and recurrence to track the patients’ care for a minimum of 5 years, beginning with their cancer surgery.

Overall survival was also unaffected by the intensity of surveillance. The 5-year overall survival rate was about 74% for participants tested at both high- and low-intensity facilities.

What the results from these two studies reveal, said Polite, is that tumor biology trumps surveillance intensity. A slow-growing colorectal cancer “probably isn’t going to change all that much between year 2 and year 3. So, you’re probably not missing that window of opportunity” by doing surveillance tests once a year, he said. And colorectal cancer that spreads quickly between yearly surveillance tests is not likely to respond to available treatments anyway, he explained.

But for people who have been treated for colorectal cancer and who have certain risk factors that increase the risk of recurrence, more intense surveillance might be appropriate, Polite added. “I think we will end up risk-adapting guidelines as we learn more,” he said.

Although these new studies are important, they do have limitations, Sanoff pointed out. For example, she noted, the COLOFUL trial investigators modified the design of their study to increase enrollment and aid trial completion.

And because the trial was conducted in Europe, another question is “whether the findings apply to the US population, with our diet and exercise habits,” said Polite.

The Bottom Line for Survivors and Their Physicians

Based on their findings, Chang and his colleagues agreed with the surveillance recommendations of the National Institute for Health and Care Excellence in the United Kingdom: In the first 3 years following initial surgery, people who have been treated for colorectal cancer should receive CEA testing every 6 months in addition to two CT scans.

Although some patients may prefer more frequent surveillance for peace of mind, the tests are not without harms, Chang pointed out. Follow-up tests can be a psychological and financial burden on patients. In addition, every test comes with the risk of false-positive results that can lead to unnecessary and invasive additional tests.

“The message for survivors is one of reassurance,” Chang said. “They don’t have to get a CT scan at every follow-up visit.”

The emphasis during follow-up should be not only on recurrence detection, but on the entire survivorship experience, he added. This encompasses monitoring people who have undergone cancer treatment for toxicities from their treatment, counseling them about leading a healthy lifestyle, and providing them with appropriate resources for psychosocial support and management of financial toxicity when needed.

This post was originally published on June 20, 2018, by the National Cancer Institute. It is republished with permission. 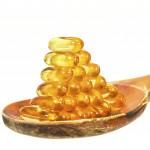