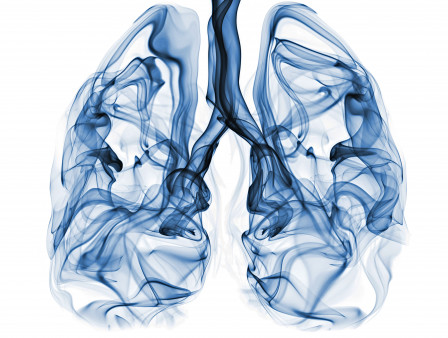 Although the improvement in survival with immunotherapy was modest, it is noteworthy because SCLC has been such a recalcitrant disease.

New results from a large clinical trial show that the immunotherapy drug durvalumab (Imfinzi) can prolong survival in some people with advanced small cell lung cancer (SCLC). In the study, treatment with durvalumab combined with a standard chemotherapy regimen increased overall survival in patients with newly diagnosed advanced SCLC by approximately 3 months compared with those treated with standard chemotherapy alone.

Although the improvement in survival with immunotherapy was modest, it is noteworthy because SCLC has been such a recalcitrant disease, said Anna Farago, MD, Ph.D., a lung cancer specialist at Massachusetts General Hospital Cancer Center, who was not involved in the trial.

“We now have two studies that show there is a benefit to adding immunotherapy to chemotherapy for patients with previously untreated SCLC,” Farago said.

In March 2019, the Food and Drug Administration approved the immunotherapy drug atezolizumab (Tecentriq) in combination with standard chemotherapy for the initial treatment of advanced SCLC, based on results from a trial reported in September 2018. Results from the study testing durvalumab, known as the CASPIAN trial, align with those earlier results. Both drugs are a type of immunotherapy known as immune checkpoint inhibitors.

The CASPIAN trial results were presented in September at the World Conference on Lung Cancer (WCLC) in Barcelona, Spain, and published October 4 in The Lancet.

“CASPIAN underlines the therapeutic value of chemoimmunotherapy in patients with [advanced] SCLC as a new standard of care,” wrote Thorsten Oliver Goetze, MD, of the Institute of Clinical Cancer Research in Frankfurt, Germany, in an accompanying editorial.

The trial also “raises further questions” for future clinical trials to answer, Goetze added, including how best to use chemotherapy in combination with checkpoint inhibitors.

Lung Cancer that Tends to Come Back and Spread Early

SCLC is a particularly aggressive form of lung cancer. About two-thirds of people diagnosed with SCLC, which accounts for about 15% of all lung cancers, have advanced disease, and the outlook for these patients is poor.

“SCLC tends to metastasize, or spread, earlier and behave more aggressively than non-small cell lung cancer (NSCLC), though we see a range [of behaviors] with each of these cancer types,” Farago said.

Anywhere from 50% to 70% of patients with SCLC respond to initial chemotherapy, she continued. “Unfortunately, this type of lung cancer tends to come back, and, when it does come back, it tends to be less sensitive to subsequent chemotherapy,” she said.

And although many other studies have tried to improve upon standard treatments for SCLC, until recently treatment of this cancer had not changed in the last 20–30 years, Farago added.

CASPIAN, which is being conducted at 209 sites across 23 countries, was funded by AstraZeneca, the maker of durvalumab.

Durvalumab is already being used as standard therapy for patients with advanced NSCLC.

Another 268 patients were randomly assigned to durvalumab plus a second immune checkpoint inhibitor, tremelimumab, in addition to standard chemotherapy.

The planned interim analysis of CASPIAN reported at the WCLC and published in The Lancet, which included data from the durvalumab and control groups only, showed that patients receiving durvalumab in addition to standard chemotherapy lived longer overall after random assignment: a median of 13.0 months versus 10.3 months.

“Importantly…the same magnitude of [survival] benefit was seen across all groups of patients, including those with brain metastases,” said the trial’s lead investigator, Luis Paz-Ares, MD, PhD, of Hospital Universitario 12 de Octubre in Madrid, Spain, at a WCLC news conference.

“The main difference was in the incidence of immune-related adverse events, as was anticipated,” Paz-Ares said. People in the durvalumab group experienced more immune-related side effects, including thyroid problems.

Nevertheless, 87% and 85% of patients, respectively in the two groups completed four cycles of chemotherapy. Adverse effects leading to death occurred in 5% of patients in the durvalumab group and 6% in the control group.

Some questions remain, Goetze wrote in the editorial, including: How many cycles of conventional chemotherapy are needed in combination with immune checkpoint inhibitor therapy? And what is the role of radiation therapy in preventing the spread of SCLC to the brain?

And, as in any clinical trial, Farago noted, patients had to meet certain criteria to be included in CASPIAN, “so this treatment combination may not be right for every patient.”

“Further study to identify patients with SCLC who might derive long-term survival benefit [from durvalumab] is warranted,” Paz-Ares and his coauthors wrote.

“There is a lot of room for improvement in the treatment of SCLC, and we hope to see further improvement in patient outcomes with clinical trial strategies that are coming through the pipeline,” Farago said.

To accelerate progress against this aggressive and recalcitrant disease, in 2017 NCI established the Small Cell Lung Cancer Consortium. The consortium brings together SCLC experts, including Farago, from institutions across the United States.