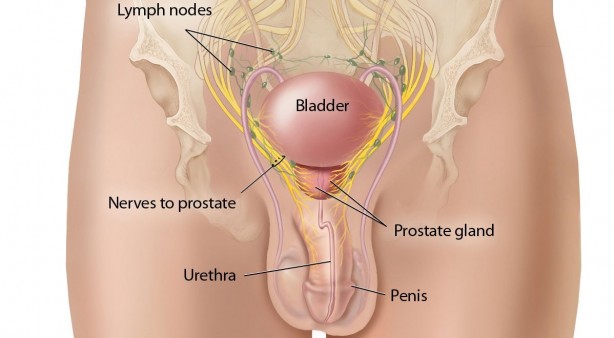 Penile cancer can spread rapidly without treatment. Cancer cells can break away from the tumor and travel through the lymph system. National Cancer Institute

Many Men with Penile Cancer Do Not Get Recommended Treatments, Study Finds

Not all men with penile cancer that has spread to nearby lymph nodes receive recommended treatments that could improve their survival, according to a large retrospective study published March 1 in JAMA Oncology.

Using records from a national cancer treatment database, researchers found that about one-third of these men did not have affected lymph nodes removed (lymph node dissection), and less than half had chemotherapy. According to widely used professional guidelines, both treatments are currently recommended for men with penile cancer that has spread to nearby lymph nodes but nowhere else in the body.

“Unfortunately, we’re really not hitting the numbers that we would expect to see,” explained Shreyas Joshi, MD, of Fox Chase Cancer Center in Philadelphia, who led the study.

The finding that so many men did not have chemotherapy may not be a surprise, commented Lance C. Pagliaro, MD, of the Mayo Clinic, who was not involved with the current study.

Only in the last few years has a chemotherapy regimen that is both effective and tolerable been identified for men with penile cancer, and that information may not have trickled down into the broader treatment community during the study period, Pagliaro continued. The first treatment guidelines for penile cancer from the National Comprehensive Cancer Network were released only in 2012.

However, he added, clinicians have known for a long time that lymph node dissection improves the odds of survival. “A lot of men with lymph node involvement are not undergoing potentially life-saving surgery, and there isn’t a clear reason why that should be,” Pagliaro said.

Cancer of the penis is very rare. Only about 2,000 men in the United States are diagnosed with the disease each year. The cancer spreads rapidly without treatment, and most men are older than 50 years at the time of diagnosis. Many men diagnosed with penile cancer also have other health problems, explained Joshi. About 60 percent of men whose cancer has spread to nearby lymph nodes at the time of diagnosis will be alive after 5 years.

To examine recent trends in treating penile cancer, Joshi and his colleagues used records collected in the National Cancer Database from 2004 to 2014. The database captures about 70 percent of all newly diagnosed cancer cases from more than 1,500 facilities in the United States and Puerto Rico.

Out of 11,469 men diagnosed with penile cancer during that time, 1,123 had cancer that had spread to local lymph nodes but not elsewhere in the body.

Of those men, 67 percent underwent lymph node dissection. Although the use of chemotherapy rose over the period studied, it was still only used in 48 percent of the men in 2014.

Overall, having had lymph node dissection was associated with better overall survival, regardless of a patient’s age.

Doctors may be hesitant to send a patient who has other health problems for lymph node surgery after penectomy, explained Joshi.

But even after taking into account patient age and health status when analyzing their data, “we still found a pretty dramatic improvement in overall survival for those who received a lymph node dissection, meaning that perhaps we are a little too selective in who undergoes surgery,” he said. “There may still be a benefit to lymph node dissection even if a patient [has other illnesses].”

Small clinical trials have suggested that chemotherapy improves survival in men with penile cancer, and several possible reasons exist for why improved survival wasn’t seen in the current study. The database didn’t record why patients did or didn’t receive chemotherapy, what type of chemotherapy was given, or at what stage of the disease it was given, explained Joshi.

And before 2010, the chemotherapy regimens used for penile cancer were not as effective as those used today “and many were extremely toxic,” said Pagliaro. The database also did not record whether chemotherapy was given as part of palliative treatment for metastatic cancer, which would not be expected to improve survival, he added.

Progress in treating penile cancer has been hampered by its rarity, which limits the number of patients that can be recruited to clinical trials, wrote the study authors. In the decade covered by the study, less than one-third of the men received treatment at hospitals that saw four or more cases of penile cancer a year.

Pagliaro, who specializes in penile cancer, sees about 20 patients a year, at what is considered a very high-volume treatment center for the disease. However, when he and his colleagues were running a recent clinical trial of presurgical, or neoadjuvant, chemotherapy, “it took us 8 years to recruit 30 patients,” he said.

For penile and other very rare cancers, the United States might be better served by a system like that in the United Kingdom, where all patients nationwide are treated at just a few hospitals that specialize in the disease, wrote Barrett McCormick, M.D., and Curtis Pettaway, M.D., of the University of Texas MD Anderson Cancer Center, in an accompanying editorial.

Those aren’t the only unanswered questions in penile cancer, commented Pagliaro. Other studies are needed to compare neoaduvant chemotherapy with chemotherapy given after surgery (adjuvant), as well as to look at whether newer targeted therapies or immunotherapies could benefit patients.

“There are more questions than you can answer in a single trial, especially with a rare disease,” he concluded.

This article was originally published on March 22, 2018, by the National Cancer Institute. It is republished with permission.