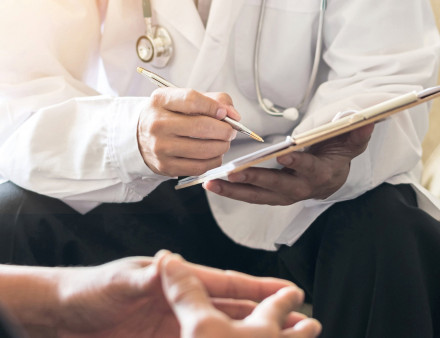 I tried arranging a tele-appointment with the doctor, but that didn’t happen, so I had to go into the office for a visit.

Last week, I completed my 63rd trip around the sun and had my appointment with my doctor. I tried arranging a tele-appointment, but that didn’t happen, so I had to go into the office for the visit.

I was brought back to the exam room by a staff member, and was told that they were running a bit behind schedule after a post-holiday surge. “No problem,” I said and pulled out my phone to do some mindless Internet surfing as I waited for the doctor to come in. About ten minutes later, the doctor rounded the corner and came through the door, and I’m thankful I was wearing a mask to help hide some of my reaction. (I’m sure my eyes and eyebrows betrayed me to a degree.)

It was Doogie Howser.

“Damn, I’m old,” I thought. Well, that, and he was really young. Both can be true. But, as the old adage says, you can’t judge a book by its cover.

Once we began talking, it was clear he was knowledgeable and had a great bedside manner. As predicted, we agreed that the wisest course of action right now, given my PSA level and my PSA doubling time is to continue to monitor. We’ll do this again with a PSA test in June and a follow-up appointment in early July. He was pretty emphatically against radiation. “If you were my brother or uncle, I’d tell you not to do it.” I chuckled at the concept of being his brother.

We also chatted about the PSMA imaging available at UCLA, and he was in the loop on that. He agreed that my PSA is too low for us to get a reliable result right now and also cautioned about false positive results. Right now, that imaging isn’t approved by the VA, so I would have to pay for it on my own if I had it (about $3,000 USD).

I have to admit that’s one thing that I like about having a younger doctor—they seem to be more current on the advances in the field than some of their older counterparts. I asked an older doctor about the PSMA imaging a year or two ago, and he barely had any idea of what I was talking about.

The appointment went just about as expected, so we’ll wait another 6 months and do it all over again.

P.S. Along those lines of a better 2021, because my office is in a hospital, I was able to get the first dose of the Pfizer COVID-19 vaccine last week. There were minimal side effects: a mildly sore injection site for about 36 hours and a bit of a headache later in the evening. Nothing bad at all. I go back to get the second dose at the end of January.

This post originally appeared on Dan’s Journey through Prostate Cancer on November 11, 2020. It is republished with permission.