I wasn’t expecting that.

You would have thought that, with me confidently predicting that my latest PSA number would climb, I would have been relatively okay after getting the results Thursday night. Not so. Friday, I plunged into a deep funk, and my ability to concentrate at work dropped to a 2 or 3 on a scale of 10. Not good.

To combat the funk Saturday, I distracted myself by going down a relatively mindless rabbit hole on YouTube. (I know, not my proudest moment, but it worked.) One of the videos that I watch was from a young landscape photographer, Dave Morrow, that was entitled, How Quitting Social Media Changed My Life & Photography. That piqued my interest, so I spent 11 minutes watching it (video below).

As a bit of background, I was really opposed to joining Facebook and other social media years ago. I successfully resisted joining despite pressure from family and friends. In fact, this very blog arose from my disdain for Facebook yet wanting to be able to keep everyone informed about my situation.

But when I started working at the museum, we had a Facebook page for our volunteers and, as volunteer coordinator, I thought it was important to understand how to use it. I set up my own Facebook account as a playground to learn. That was four years ago, and I have to admit that I’ve been sucked into the Facebook vortex over time, spending more hours on it than I should.

The key takeaway for me in Dave’s video was when he said that he took all of the time and energy that he put into social media and devoted it to the things he enjoys and is passionate about instead. That was one of those “Ah-ha!” moments that we all knew about but had to relearn.

Regular readers of this blog will know that one of my favorite things to do is throw my camera in my car and drive. That’s precisely what I did on Sunday and, like the YouTube marathon, it, too, chased away my funk as I took a one and a half mile midday hike in the Anza-Borrego Desert State Park. (Perhaps not the wisest idea in the 90° F / 32° C heat.)

Tonight, rather than heading directly home from the office and hopping on my tablet to get caught up on all the social media postings, I opted to take an hour-long stroll up and down the beach, trousers rolled up to the knees, barefoot, ankle-deep in the incoming surf. It was delightful. (Note to self: Throw a pair of shorts in the trunk so I don’t look so geeky in trousers on the beach. Just a thought!)

I haven’t been on social media since Saturday—it’s been quite refreshing—and I’ve followed Dave’s advice and used that time for more enjoyable endeavors. Yes, it’s been a bit of a challenge not to look on Facebook, but I’ve resisted so far. Will I completely delete my accounts? Time will tell. There has been some advantage in using social media to connect with old friends, to remain connected with those half a continent away, and to even connect with fellow prostate cancer patients.

Dave’s insights were more from a developing and growing his business perspective, but obviously, they could be applied in a personal setting as well. Disconnecting from social media allows me the time to move forward doing things that I enjoy—walking on the beach, hiking in the desert, or snapping a photo or two. Each of those helps combat the emotional funk.

I wasn’t expecting that.

Kids With Cancer Are Not at Greater Risk for COVID-19 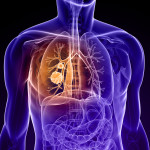 What Types of Cancer Can Be Treated With Immunotherapy?