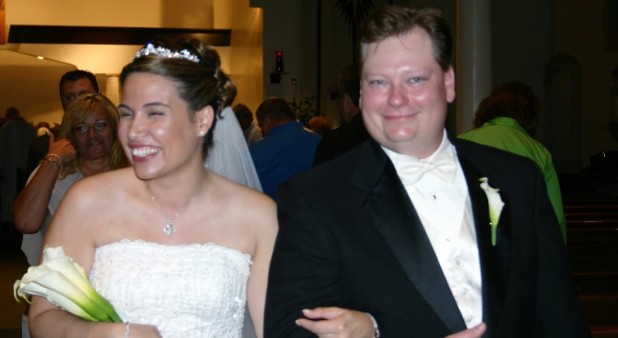 My Arch Nemesis Was ... TRAFFIC

So you would think that going on vacation after breast cancer dx and treatment would pale compared to vacations of yesteryear — but you would be wrong!

Why is this and what is wrong with your writer? Simple — the word for it, I guess, would be “anxiety” — or just “fear” or just “stupidity”. When I think back about all of the things that I worried about when in reality, I had nothing to worry about I really do want to have a flux capacitor to go back in time to kick my own ass.

So summers past getting ready for vacation would boggle my mind — I would pack everyone and panic the whole time, thinking about the ride to wherever we were going and whether or not there would be traffic. Yes, this girl, who lives in the most densely populated area around had an anxiety disorder around being stuck in traffic.

It was something that creeped up on me little by little over the years — my world got smaller and smaller but not overnight — over years. I went from traveling the world, living in other countries and states and even doing the 27 hour flight to Singapore without a thought. It was just “living” and I did a lot of it — I mean, I used to fly to Rome for the WEEKEND. For the weekend! Crazy.

Then, little by little, I got less and less adventurous. I started to really think in terms of “No, I cannot do that!” Before my “real” wedding (after we eloped alone) was my first inkling that I was developing an issue.

All of a sudden, I could not take the subway anymore. I had taken the subway ALL OF THE TIME but now, I got the intense feeling that I would need a bathroom during the times when the train stops and waits — at times this could be 4 minutes or 4 hours (ain’t nothing like the good ole’ MTA). What a weird, random thing to worry about but it consumed me for many years — this fear of needing a bathroom when there was none…

Looking back at when it all began was around the time of my church wedding. I was really worried about my wedding — we had eloped, yes, but had planned an semi old fashioned church wedding with party for a few months after our elopement.

All of a sudden, I was convinced that something bad would happen at my traditional wedding. My dad, who had raised me as a single dad, and my mom were basically still at war even then almost 15 years after divorce and my mom would be at the wedding with her new-ish husband.

My dad had hated the fact that I lived in “sin” with my husband before marriage and I just did not know what would happen at the wedding — would he not be willing to walk me down the aisle? Would he be angry at me? Would my mom do something crazy?

It was all a “loose cannon” opportunity to someone who had been raised hearing ALL OF THE TIME about how my mom’s dad refused to walk her down the aisle and how this meant she had no family and that the marriage was cursed, etc etc. Now, here, was the perfect opportunity (down to the same CHURCH) for history to repeat itself.

My mom was to be my maid of honor — I had been hers more times than I could count (ok, twice, two times, two different marriages) so I figured it was her turn to do the same for me. I had no real “fears” about her doing her job — she had been in enough weddings as a bride to know what to do (lol).

Leading up to the wedding, I knew something was “off” so I went to a therapist (not a new thing for me, I began therapy in high school just through my school and college, too) and walked out when she blamed my fears and anxieties on my childhood and my parents. I do not abide by that — not just because I am a parent myself staring at the precipice of childhood trauma with my cancer diagnosis — but I just feel that anything going on with me in my late 20’s though maybe jiggled into place by a fear around history repeating itself at my wedding is not anyone’s FAULT but mine for how I see the world.

(Also, at the time, I struggled with even pinpointing what my issue was — it is only now with present’s 20/20 hindsight that I can figure out what it was…)

Oh and see that picture above of the 5 of us, my “core” family — it was taken in 2005; the last such picture I have of that group is from my college graduation in 1998… so was stress really that much of a surprise?

​The wedding went well, my dad walked me down the aisle, crying audibly the whole way — weird as he is not really someone who has even been “emotional” — and the party was awesome but the fear and the nerves did not go away.

Shortly after my wedding, I turned down a travel requirement for my job and told my boss I did not feel comfortable flying for the short term. He looked at me like I was nuts — me, the girl who hopped on the plane to Singapore without saying “boo” who flew to Florida, Ohio, Iowa, Italy etc was asking to sit out the next flight. And the next. And the next.

This did not go away even when I changed jobs to my big step to being a VP and a big salary. I still had this “issue” — some days, I could not even make myself commute to work and instead worked from home.

It was debilitating and yet, I did not realize it or would not realize it. So vacations past were a hotbed of anxiety, fearing the road trip — me who used to live in Boston and drive to NY on weekends just for fun — could not fathom a trip to Pennsylvania without worrying and fears and being a nut.

So, facing cancer, if it does nothing else for me, made me realize I cannot live in FEAR. Commuting to NYC for my initial appointments, stuck in traffic on the FDR, I looked at my reflection in the cab’s window and said, “You have cancer — you cannot be afraid of anything anymore. Your worst-case scenario came true — this is what fear breeds, disease, illness, death. It is OVER.”

And, for some reason, after years of journaling (is that a word?) and worrying and thinking, I felt it let go. When it tries to come back, I remind myself, “I faced cancer, I can face ANYTHING.”

I just wish I had been able to learn this lesson without the potential life threatening illness BUT I non friga nienta because at least I learned it. So if you ever see someone peeing on the side of the road, it’s me and I do not care :). This is what I do in the time between.