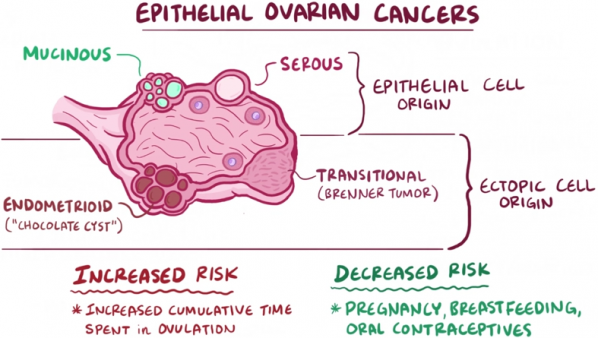 Ronald J. Buckanovich, MD, PhD (Damon Runyon Clinical Investigator ’08–’11), of the University of Pittsburgh, and colleagues, have developed a process that can grow hundreds of cultured cell masses, called spheroids, from just a few tumor cells derived from a patient. This 3D method yields cells that grow and multiply just as they would inside the body. Currently, researchers are limited to two-dimensional cells grown in petri dishes, which often do not respond to medicines the same way as ovarian cancer cells inside the body. The researchers administered cancer drugs to the cultured cancer spheroids and compared their response to that of ovarian cancer cells from the same patient that were implanted into mice. They showed that the response of the cultured spheroids accurately mirrored that of the natural cells implanted in the mice. The process is still being developed for clinical application and may be helpful for informing personalized medicine for cancer patients. The study was published in the journal Clinical Cancer Research.

Read more about the study here.

This post was originally published by the Damon Runyon Cancer Research Foundation. It is republished with permission.