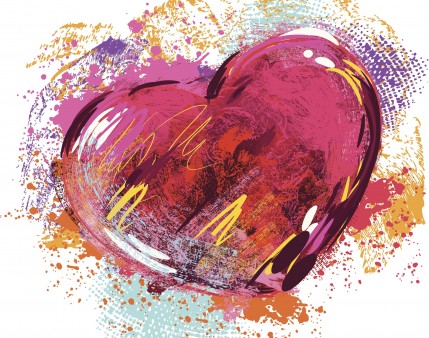 The Oh Sh*t Playbook (or Being My Dad’s Daughter)

I did not know what to call this blog post - this is just the catch all the repository if you will of feeling not quite 100% and having the health of a family member take precedence and managing the affects of that.

So my dad had to go in and get open heart surgery last week. I had accompanied him to an appointment in late August where it was found that he had a mitral valve leak and that his heart was not beating normally (afib). He is stubborn and did not even want me in the room when the cardiologist explained the need for a quick surgery that would need to be done via open heart - so the chest opened instead of the most often preferred laproscopic incision.

My dad was a single dad before it was cool. He had help though - my grandparents lived with us and made it functional so he could work sometimes 80 hours per week up until my early 20’s. At that point, his body had become full of pain from degenerative disc disease and he retired on a medical note.

He only had one surgery before this open heart rodeo and as typical man-fashion he was just so mad about having to be put under, so nervous about having to deal with recovery and just constantly saying, “Thank God it’s not cancer!” To which I, of course, would say, “Really??? Really? Did you just say that - so cancer is only ok for me to have?”

Through the years, I have been in one way or another a mother figure to my dad, a co-parent with my dad, a daughter who always listened to my dad and a daughter who at times tried to avoid him. He can be overpowering. He wants to fix everything. He does not understand that some things cannot be fixed.

He is strong and stounad - there are times where I have to tell him things over and over again before he recognizes that he has put himself in the path of pain instead of avoiding it. He considers my brothers to still be young children, despite the fact that they are 38 and 34.  He is someone I am used to talking to every day - in fact, despite the fact that he and my mom split up when I was 12 years old they almost always call me within a few moments of each other or at the same time. For a stretch in my twenties, sometimes they were the only phone calls I got.

As he lays in the ICU unit at Mount Sinai now at day 4 post surgery on what should have been at most a 1.5 day stay in ICU, I am just hoping he will get better. I am scared. I had faith that he would make it through this surgery but now I am not so sure.

The doctors tell us he is stable but he is not awake yet  - and when he is awake he is not really cognizant of what is going on.

Here I stand, less than a year post breast cancer diagnosis and I am dealing with the need to be a caregiver. I am the health care proxy, I am the power of attorney, I am also a mom with 2 young children, one boob and medical appointments for myself to manage along with finding a job and doing the things I need to do to stay calm, well and functional.

I know I will have the strength to do it - because I will not give myself any other option.