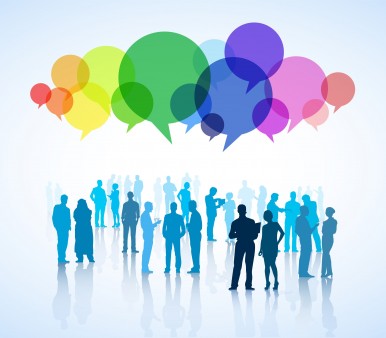 Patients Bring Their Voices to the FDA

At the Food and Drug Administration, patients and caregivers have a stronger voice.

At FDA we never lose sight of the fact that the work we do in evaluating and approving new medical products is done to benefit patients.

Increasingly, that means taking into account the views and expertise of patients and their caregivers, because they provide a unique voice and perspective and know best what they are living with on a day-to-day basis. In July, for instance, we announced the creation of the first advisory committee made up solely of patients and caregivers, who will provide advice on complex issues related to medical devices.

Another way we incorporate the patient viewpoint is through FDA’s Patient Representative Program. This program brings patients—and their caregivers—and the extraordinary breadth of knowledge and personal experience in more than 300 diseases and conditions they possess, directly into the regulatory medical product development and review process. They serve on 47 FDA Advisory Committees and panels to advise on drugs, devices and biologics currently being considered for approval or clearance. They also serve as a consultant for the review divisions (doctors and scientists who review data to determine whether the medical product’s benefits outweigh the potential risks), and as presenters at FDA meetings and workshops on disease-specific or regulatory and health policy issues.

Every year our team at FDA’s Office of Health and Constituent Affairs brings new FDA patient representatives to the Washington, D.C. area, for training and orientation. They receive briefings on everything from medical product review policies and clinical trials to the life cycles of drugs, biologics, and devices, and even a brief primer on statistical analysis.

Without a doubt, the most moving moments of the recently completed two-day workshop  were when the patient representatives told their own stories, how they are making a difference in so many lives as advocates for their own patient communities, and explaining why they had decided to make the commitment to become patient reps. One was more compelling than the next. Here are some of their stories:

Space prevents including every one of their stories, but each of these remarkable individuals offered a compelling history of courage. All are committed to fighting the disease that had so directly affected them, whether as a patient or a caregiver. But, in a comment that could be applied to all of them, one woman noted, she “works hard to not let my identity be defined by my illness.” They do this, remarkably, by turning their focus outward, rather than inward, and using their strength and expertise to the benefit of others.

This understated, but courageous, spirit is echoed in one way or another by each of FDA’s patient representatives. We want to thank each of these individuals for their inspiring commitment — to the FDA, to better health, and for their role in these critical public health efforts.