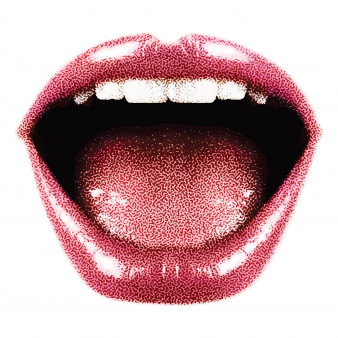 The Problem with Words

I posted some of the ugly things I’ve been told over the years on Instagram to express how words can be so damaging to a person’s psyche.

As I was seeing beautiful black and white pictures of women for the #challengeaccepted posts on Instagram, I decided to use it as an opportunity to post the ugly things I’ve been told over the years. I know it shocked some people because my picture was cute but the words below it were tough to see. I felt it was important to express how words can be so damaging to a person’s psyche.

I kept it short on Instagram but decided to expand on it to see how far I’ve come in my own healing and thinking. No one should be told these things. I don’t know why I had to be the person on the receiving end of such hate and ignorance. It’s unfair. It’s unjust. It’s painful. It’s a problem with words.

I’ve been called a nigger.

I’ve been called fat by men.

I’ve been called stupid by a teacher.

I’ve been called stupid by an employer.

I’ve been told I will fail.

I’ve been told that I don’t matter.

I’ve been told that I don’t exist.

I’ve been told I don’t belong.

I’ve been told I’m a sellout.

I’ve been called too emotional.

I’ve been called an Oreo.

I’ve been called a Valley Girl.

I’ve been told I act too white.

I’ve been told I dress too white.

I’ve been told I’m not loveable.

I’ve been told I speak so well.

My psyche has been systematically torn to pieces for 20+ years by the ignorance and racism from whites and blacks that started in my hometown of Macon, GA and has followed me through the years as a young adult and in the professional world. I reread my journal this morning from senior year of high school in 1995 and still have a visceral reaction to my words.

The pain of not being accepted.

The pain of being bullied.

The pain of desperately wanting to leave the South.

I never felt I belonged anywhere until the college years, especially junior and senior years at The College of Saint Rose in Albany, NY. That’s why I hold onto my college memories so fiercely because I found a group of friends so eclectic, smart, clever, and so accepting that I felt safe to be authentically me at that time. I’m glad I have scrapbooks and multiple photo albums that captured the fun times and great opportunities from that magical time in my life.

I honestly thought once I became a working adult that my work ethic and merit would get me ahead. As more years went by, the more oppressed and defeated I became. I would be told I’m an “expert,” yet companies could never find the money to give me a proper raise. They would be shocked when I turned in my resignation and then have the nerve to ask, “Is there anything we can do to keep you from leaving?”

I had been carrying all that negativity from racism, oppression, and feelings of inferiority on my back for so many years that I lost complete faith in my abilities and talent. I used to think it was a cruel joke that I received multiple awards in high school and college. I was constantly told I would be going places because of my talent. It turned out none of it counted in the “real world.”

My cancer experience redefined me. It helped to rediscover my voice that had been silenced for so long that I thought it was lost forever. I’ll never consider cancer a gift, but it was an opportunity to rediscover the things that once brought me true joy. Yet, I was still playing it too safe. I wasn’t fully taking back what control I had left over my life. I was remaining comfortable in the uncomfortable; still too paralyzed to make any serious moves.

It took a pandemic to force me to pause and pivot not just my career but also my mindset. Rereading that journal from my 17-18-year-old self this morning reminded me how much I’ve carried the hurt from people’s words that ultimately turned me into a shell of my former myself.

I’ve had a resurgence of my passions and confidence while rekindling old friendships and cultivating new and profound friendships. My mindset changed once I fully began to believe in myself and know my worth thanks to a lot of help from my friends. I’m blessed to have so many people continue to lift me up even when I’ve doubted myself all these years.

So, here’s what I repeat to myself now that I’ve shed that cloak of negativity that was suffocating me.

I AM a writer.

I AM a performer.

I AM a talker.

I AM a powerhouse.

My newfound armor continues to grow thicker each day, so insulting or hateful words or rude comments no longer sting. They smoothly roll off my back.

I am different and always will be. And you know what? That is OKAY.

This post originally appeared on Life on the Cancer Train on August 2, 2020. It is republished with permission.