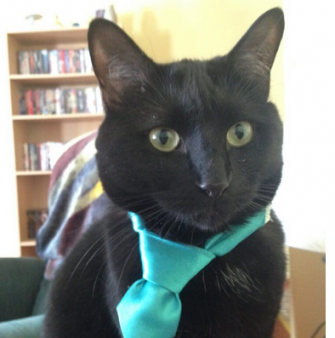 My all time favorite picture of him Courtesy of Justin Birckbichler

My tribute to my beloved pet and best friend, Conner

This morning, Saturday, July 11th, I woke up expecting to get tested for strep/flu/COVID-19, since I had a fever, body aches, and a sore throat last night. Though all tests came back negative, I still ended up having one of the hardest mornings of my entire life. My cat, Conner, passed away shortly before noon.

Conner was more than just a pet to me.

He was truly my best friend in the world and I loved him like no other. People always kind of looked at me strangely that I gave him a human name, but he was truly my little guy. For the record, the atypical spelling of his name is derived from Sean Connery, my favorite Bond actor.

As I write this, I cannot believe that he’s actually gone. My earliest memory of Conner is from our first night together. I had been “cat sitting” another cat, Jake, and didn’t think I could bond with another cat like I had with Jake. Conner proved me wrong. That first night together, Conner curled up right in my arms and fell fast asleep. I remember panicking and thinking something got stuck in his throat because a weird sound was coming from him. It turns out, that’s just what purring sounds like.

From there, Conner and I managed to smuggle him through two apartments in college that had strict “no pet” policies, only getting semi-caught once! He moved with me to Virginia and was my constant companion for all the various moves since I’ve lived here.

It’s not an understatement to say that he played a pivotal role in some of the toughest experiences of my life—depression, cancer, depression again, anxiety, PTSD, and divorce. I never felt anything but unconditional love from him. He was truly an empath on so many levels—always seeming to know just what I needed when I needed it.

He was a rock, a support, a friend, someone I could openly talk to...even if he didn’t always respond.

He had a very headstrong attitude, typical of most cats, but he felt somehow unique, typical of how most cat owners feel, but this is my grieving so let me be. If he liked you, you were stuck with him. If he didn’t care for you, good luck ever getting to pet him. When he wanted to be cuddled, it was time to cuddle. When he wanted to be left alone, you had better leave him alone. I could depend on him to be in bed with me at night, headbutting my “Kindle hand” for head rubs, and hopping in bed first thing in the morning, demanding more pets.

That’s how I immediately knew something was amiss this morning. 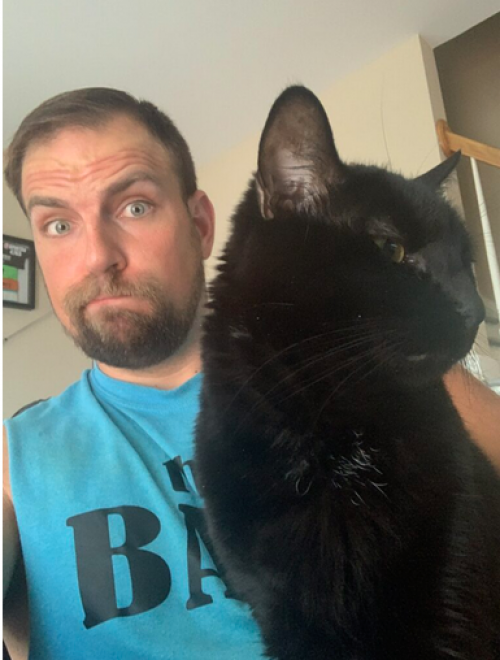 As I awoke, he didn’t hop into bed with me. This was extra weird since I had been feeling sick the night before and he usually loved on me even more when I needed it most. After calling for him to no avail, I searched the whole house, shaking his treats (a surefire way to get him running at me like a bullet).

Eventually, I found him passed out in a pool of his own vomit, lethargic, and with rapid, shallow breathing. I took him to the emergency vet immediately after, but nothing could be done. His heart stopped beating a few hours later. Needless to say this was a shock to me, as he had been fine the day before. The theory is that the anesthesia from the dental work he had done a few days prior may have triggered “silent heart disease.”

Though the vet assured me it was nothing I did and that he didn’t suffer in the end, nothing matches the pain of the phone call when they said he stopped breathing. Thanks to this stupid pandemic, I couldn’t even be there in his final moments, but I was offered an opportunity to see him one last time. He just looked like he was sleeping and I couldn’t believe it really happened. I still can’t.

I had nine good years with Conner, and I was expecting at least another nine.

While I am sure I will get another cat at some point, no other will ever match up to him. His personality was both chill and spastic, calm and crazy, loving and stoic, selfish and selfless, needy and independent.

Yes, he got fur absolutely everywhere, and he drove me up a wall sometimes—constantly stealing my food, clawing up endless amounts of furniture, and sneaking into the garage even though he knew he wasn’t supposed to be there. But I would let him drag a 16 ounce sirloin to the now destroyed ottoman and escape to the garage if there was a way to have just another day with him. I’d even garnish it with some of his sheddings, if need be.

I wish I had put down my Kindle to snuggle him one more time, or ignored that last Tiktok to play with him just a few minutes longer.

But I can’t beat myself up over these moments, and instead need to remember the good moments. 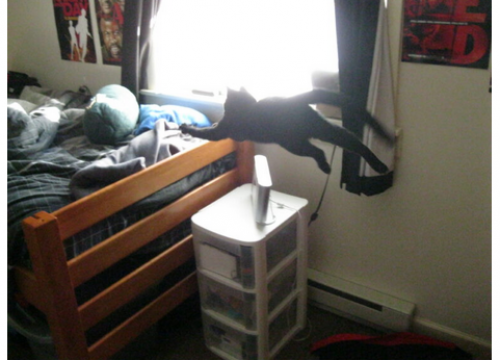 It was a feat to get this picture.Courtesy of Justin Birckbichler

From the earliest memories of jumping six foot gaps as a kitten to his love-hate relationship with collars and ties, I am thankful to have so many heartwarming times to reflect on. I could always rely on him to greet me at the door, even when I had just stepped outside for literally ten seconds. I will forever treasure him laying between my legs (instead of on my lap) during recovery from my surgery, as if he sensed the whole “four inch incision where they removed my ball” wasn’t a good place to rest. I’ll never forget his weird “half bird-half cat” noises he made. I’ll always remember how he looked when he knew he was doing something wrong, but he also gave absolutely zero fucks because he knew that he was just too cute to get mad at.

My twenties have been marked by a lot of changes, many of which I didn’t expect to face until much later in life (looking at you, cancer, mental health needs, and divorce). 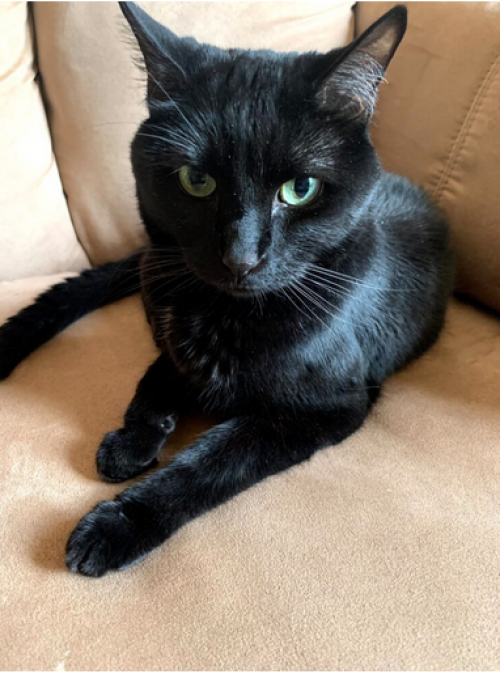 However, the one constant through all the ups and downs has been Conner. He’s been with me for everything, and I’m honestly not sure how to move forward without him. The house just seems far too quiet and empty now.

Conner, I already miss you terribly, more than you ever will know. I love you so so much and I wish you were here on my lap. You are truly the best friend, pet, fur son, and cat a guy could ask for, and I feel so fortunate that we got to spend the better part of a decade together.

I know this post isn’t inherently about cancer or men’s health, but Conner was and always will be a huge part of my life. I couldn’t leave this significant moment from my life out of ABSOT.

This post originally appeared on A Ballsy Sense of Tumor on July 11, 2020.  It is republished with permission.