This month we met in a pub and just sat chatting and drinking all afternoon. Istock (Model(s) used for illustrative purposes only)

These people are there for each other in ways that friends and family just can’t be — they can relate.

I’m a bit more rational this week. Last week was a bit of an emotional roller-coaster from finding out the status of my cancer and joining a support group, I felt like I’d been dragged through the ringer emotionally by the end of it.

So yes, last week I bit the bullet and joined a cancer support group. I’m not gonna lie, I was pretty reluctant to begin with. Most people will probably wonder why because surely it’s a natural part of life to ask for help and support at difficult times. But for me, I can’t really say I saw it that way. I saw it as something weak and even more isolating by just highlighting everything about you and that it’s for people with cancer. I don’t want it to be anymore obvious in my life! I don’t know why I care about what people think or their judgment towards it, because I don’t normally give a hoot what people think of me… I guess cancer, for me, is a bit of a sore spot. Yes, it makes me different but I don’t want to be seen weaker for it. People say “you’re so strong it’s amazing what you’re going through!” and it’s true, I am! Haha. But cancer does make you weaker. You’re tired more. Your bones ache. You’ve got a long list of medications that you can’t say the names but you know that they help you function. You have to have your “emergency” pack of stuff wherever you go:

And believe me, these emergency pack supplies are not just random items! They’re items I wish I had on me at some point. Driving down the A34 at night, throwing up on yourself because there’s nowhere to pull in and you have nothing in your bag to use, you’re not gonna chunder in your amazing new hat you’ve just bought, you’ll just wish you had that sick bag! The anti-poop pills are probably a bit if over caution because I don’t have any juicy story where I actually shit myself! I have managed to maintain that small, and only bit of dignity. I guess that is my constant fear of being that person though… Because at the hospital I’ve seen it happen to other people… And it’s not fucking funny then.

So the support group, I did see it as another form of weakness, judge me all you like for thinking that way because that’s what I thought. I like to be independent and strong and only need the basics. When my mum first suggested the group to me I wanted to cry. I wasn’t a depressive about this, was I? I’ve been doing OK! Why do I need to go to a group and chat about my feelings? The self-preservation side of me doesn’t want to make new cancer friends… What happens in a few years time if I’m still going to the groups and I find I’m going to funeral after funeral?

So I sat on it for a few months and just thought about it. I kept going backwards and forwards driving myself crazy just thinking about it.

Because with all of the negative sides, I kept thinking what if I could help someone else? Just because I’m doing so well in my self mentally, doesn’t mean someone else is. That was a strong factor for me. It kind of counteracted all the negative points for me.

So on Saturday, I thought screw it, I’m gonna go. So I did. I went to a cancer support group called Shine. They help cancer sufferers and survivors in their 20s, 30s and 40s. They meet each month doing different activities on a casual basis. So this month we met in a pub and just sat chatting and drinking all afternoon. There was none of this ponce of “Hi, I’m Amanda and I have cancer…” sort of crap. I mean, yeah, being the newbie they wanna know your story, but you get a story back in return so you’re not the only one on show! And my god… I tell you, some other people’s stories are just so heartbreaking… Man alive, does it put life into perspective. It’s in no way all doom and gloom. It’s a support network. These people are there for each other in ways that friends and family just can’t… They can relate.

I really wish it wasn’t called a support group though… Because still, in my mind, it sounds weak. But these people aren’t weak. They’re superheroes… So this week, I went to a cancer superhero group. 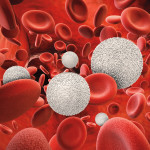