By rawpixel from Pixabay

While many studies have correlated increased rates of colorectal cancer with diet, this study shows a direct connection between consumption of sugar and progression of cancer.

As high-fructose corn syrup — common in soda and processed foods — has crept into everyday diets, rates of obesity and diseases like type 2 diabetes and high blood pressure have increased. Now, Former Damon Runyon Fellow Jihye Yun, PhD, and colleagues have discovered another reason to avoid the sweetener: Consuming the equivalent of 12 ounces of sugary soda a day accelerated tumor growth in mice that were predisposed to colon cancer.

"These results suggest that when the animals have early stage tumors in the intestines, which can occur in many adult humans by chance and without notice, consuming even modest amounts of sweetened drinks could shorten the time that cancer takes to develop, unrelated to obesity,” said Dr. Yun.

The study revealed that colorectal cancer cells use high fructose corn syrup as fuel to increase rates of tumor growth. While many studies have correlated increased rates of colorectal cancer with diet, this study shows a direct connection between consumption of sugar and progression of cancer.

Though further studies in humans are necessary, these results may explain a recent rise in colon cancer in young adults and may help find ways to treat the disease. 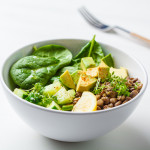 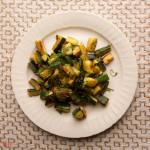