Terpenes: They Are Not Just in Marijuana and They Can Help With Sleep

Maybe you’re interested in using cannabis for sleep and relaxation, but you don’t know quite where to start.

If you’ve used any kind of botanical therapy for sleep or other health issues—taken an herbal supplement, used aromatherapy or essential oils—you’ve almost certainly benefitted from terpenes. These tiny molecules are found in many plants, fruits and flowers, including lavender, citrus, and hops. They’re also found in abundance in cannabis.

The cannabis plant has been used for centuries as a sleep aid. Terpenes are one of the primary reasons why cannabis can be so effective at helping ease sleep problems, including insomnia. Cannabis has been shown to lengthen sleep time, increase time spent in deep sleep and shorten the time it takes to fall asleep.

Tiny and powerful, terpenes are highly active, aromatic molecules that are responsible for both taste and aroma in plants and fruits. Botanicals used in aromatherapy (including the aromatherapy and essential oils that elevate sleep) are potent in terpenes. When you inhale lavender and feel tension slip away from your body and mind, that’s terpenes at work. As scientific study has shown, terpenes have a pretty broad range of medicinal effects: different terpenes can help to

Most plants contain terpenes—there are about 20,000 different terpenes that are known to exist in the natural world. The cannabis plant contains about 200 terpenes, including several with benefits for sleep. The terpenes found in cannabis and other plants don’t all have the same effects. Individual terpenes have distinct impacts on sleep, mood, and cognition. Some are stimulating, others are sedating.

It’s the terpene profile of different strains of cannabis that goes a long way to determining the effects that those types of cannabis will have when consumed. Understanding how terpenes work—and knowing which terpenes are most beneficial for sleep—can help you use cannabis and other natural botanical therapies more effectively.

Whether you seek out terpenes in cannabis or other plant sources, these potent molecules can have an array of benefits for sleep. Research has shown that different terpenes have natural sedative and hypnotic effects. You hear those terms a lot in connection with natural and pharmaceutical sleep medications. Let’s talk quickly about what they mean.

Sedatives, including naturally sedative compounds like some terpenes, quiet nervous system activity, promoting deep calm, relaxation and drowsiness, helping pave the way for sleep. Hypnotics, including natural compounds with hypnotic effects, directly induce sleep. Sedative and hypnotic effects can be found separately or together in natural compounds. (And there’s a whole class of widely used sleep medication that is sedative-hypnotic.)

Some terpenes also have natural anxiolytic—anxiety-reducing—effects, easing psychological tension and worry and benefitting sleep indirectly. Terpenes have been shown in scientific study to reduce inflammation, and to ease pain. Their anti-inflammatory and analgesic properties can help to remove the barriers that inflammation and pain pose for sound nightly rest.

With the growing interest in cannabis and its elements as natural therapies for sleep, health, and performance, there’s increasing attention being paid to how terpenes deliver these benefits. Scientists are still discovering the mechanisms by which terpenes promote relaxation, sleep, pain relief, improve mood and reduce inflammation.

One pathway by which terpenes may work is by activating the body’s own GABA system. You’ve heard me talk about GABA a lot: it’s an amino acid produced naturally in the brain. GABA functions as a neurotransmitter, facilitating communication among brain cells.

When I talk about GABA, I describe it as the brakes of the brain. It is the body’s most important inhibitory neurotransmitter. GABA lowers the activity of neural cells in the brain and central nervous system. That has the the effect of moving the brain and the body into lower gear. By inhibiting neural activity, GABA helps initiate sleep, decreases mental and physical stress, reduces anxiety, and encourages a calm, stable mood. Some terpenes that have sedative and anti-anxiety effects, including phytol and alpha-pinene, have been shown to work in part by activating the brain’s GABA system, increasing calm, lowering anxiety, promoting sleep.

Cannabis contains terpenes that affect GABA activity, to help relieve stress and anxiety, promote a balanced mood, and help with sleep. This puts cannabis in company with other well-known sleep promoting supplements, including valerian and hops, magnesium, and L-theanine, all of which have an effect on the brain’s GABA activity.

In cannabis specifically, terpenes have also been shown to work by enhancing and modulating the effects of cannabinoids.

A quick refresher: cannabinoids are another set of compounds in the cannabis plant that can have powerful effects on sleep, mood, pain, and cognition. There are more than 100 different cannabinoids we know of—and there may be more as yet unidentified. The very popular CBD (or cannabidiol) is one of them. (Here’s my recent discussion of how CBD affects sleep.) CBN—with its seemingly terrific potential as a natural sleep aid—is another.

Cannabinoids have been shown to address a range of health conditions, from psychological conditions like depression and anxiety, to neurodegenerative diseases such as Alzheimer’s and Parkinson’s, seizure disorders, different forms of cancer, and chronic pain. Terpenes appear to give a boost to the therapeutic power of cannabinoids like CBD and CBN.

Some of the best terpenes for sleep and relaxation

Pinene. This terpene, found in pine plants (and pine essential oils) as well as in cannabis, has been shown to increase non-REM sleep, reduce sleep latency (the time it takes to fall asleep) and to lower anxiety. Pinene is one of the terpenes that may have an effect on the GABA system.

Myrcene. This terpene is found in many strains of cannabis.  Myrcene is also found in a lot of fruits and herbs, including mangoes, basil, thyme, and lemongrass, as well as in the sleep-promoting plants hops and ylang ylang. Myrcene has been shown to have sedative effects.

Caryophyllene. This stress, anxiety and pain-relieving terpene may also promote sleep as a result of those relaxing, anxiolytic and analgesic properties. Caryophyllene has a spicy, peppery aroma—in addition to cannabis, it is also found in cloves and black pepper.

Limonene. This terpene can be found in citrus peels as well as in cannabis. Limonene has been shown to lower anxiety and stress. Limonene has also been shown to have anti-depressant effects. Scientists think its calming, mood-lifting effects come from limonene’s ability to elevate serotonin levels in the brain. Serotonin is an important hormone and neurotransmitter for sleep (among other things, it is required to help produce the sleep hormone melatonin) and limonene’s serotonin-boosting effects may make this terpene a sleep-promoter. Studies have shown that limonene may help reduce insomnia symptoms.

Terpineol. This terpene has relaxing, pain-relieving, anti-inflammatory and sedative effects. In addition to being found in some strains of cannabis, terpineol is also found in lilac, pine, and eucalyptus.

Terpinolene. Present in cannabis, this terpene has sedative effects, in studies of mice. Terpinolene is also found in lavender, allspice and apples, among many other plants.

Linalool. This lavender-scented terpene is found in hundreds of plants, including cannabis. It’s commonly present in plants used in aromatherapy. (Here’s where you can read more on the benefits of lavender for sleep.)  Research has shown linalool lowers anxiety and depression symptoms, as well as help guard the immune system against damage from stress. Particularly important for sleep: linalool increases adenosine, a sedating hormone that helps us fall asleep. A 2017 study found linalool helped to reduce sleep problems in older adults with dementia.

Phytol. This terpene has been shown to reduce anxiety, shorten the time it takes to fall asleep and lengthen sleep duration, in studies of mice. Phytol is another terpene that may work through activation of the brain’s GABA system.

How to put terpenes to work for your sleep

When using any natural therapy, it’s important to know what you’re looking to achieve with it. Some people with trouble sleeping want to relax without necessarily being directly induced to sleep. Others need more specific relief to achieve better rest: relief from pain, or from anxiety that keeps you awake. Be clear about what your issues and goals are, and you’ll be well on your way to making a thoughtful, effective choice about using botanical treatments for sleep.

Maybe you’re interested in using cannabis for sleep and relaxation, but you don’t know quite where to start. Terpenes are a great place to begin, and an important guide to the effects of different strains of cannabis.

Strains of cannabis are distinguished for consumers in part by their terpene composition. If you’re buying cannabis from a knowledgeable provider, you will know the terpenes contained in different strains available to you.

The most common cannabis strains are indica and sativa. There are also hybrid strains that combine the two. Indica is generally considered to be relaxing and sleep promoting. Sativa is generally regarded as more energizing and invigorating. However, most cannabis that can be purchased today is a hybrid of the two.

However, these generalizations of indica and sativa aren’t really the most significant pieces of information—at least not on their own. More important is the composition of cannabinoids and terpenes. When considering using cannabis for sleep (or other health conditions), you’re better off choosing based on an understanding of the effects of the terpenes (as well as the cannabinoids) in different strains, to pick the one that’s best suited for your needs and goals.

When it comes to sleep, generally that means identifying a strain that contains relaxing or sedating terpenes, a balance of CBD and a not-too-high concentration of THC. (Higher concentrations of THC can make you feel sluggish the next day.) 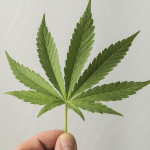 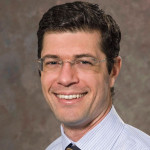