Clear cell renal cell carcinoma (ccRCC), which accounts for over 75% of kidney cancer diagnoses, gets its name from how the tumor cells look under a microscope. Their clear appearance, as if the tissue were studded with air bubbles, is due to an accumulation of cholesterol in the cells. Studies have shown that ccRCC cells contain at least twice as much cholesterol as normal kidney cells, and in some cases up to 35 times more. How this accumulation occurs and how it contributes to cancer progression, however, is poorly understood.

A recent paper authored by Damon Runyon Fellow Romain Riscal, PhD, and colleagues at the University of Pennsylvania sheds light on the mechanism by which cholesterol fills these cells—with a surprising twist. The researchers found that ccRCC cells are not actually producing cholesterol themselves; in fact, the genes responsible for the synthesis of cholesterol in normal cells are suppressed in ccRCC cells. This means the cholesterol must be coming from outside the cells, and is perhaps granted entrance more readily than it should be.

Indeed, the team’s analysis of over 31,000 individuals indicated that patients with ccRCC tend to have higher levels of high-density lipoprotein (HDL) cholesterol circulating in their blood. (HDL is often referred to as “good” cholesterol because it absorbs other types of cholesterol from the blood and delivers them to organs that uptake cholesterol, such as the kidney and liver.) Depriving ccRCC cells of either HDL or other cholesterol resulted in tumor shrinkage, confirming their dependence on external sources.

While increased dietary cholesterol does appear to promote tumor growth, depriving a body of cholesterol is not a viable therapeutic strategy. As any nightclub owner knows, the crowds outside are only a problem if the doors are not well-guarded. The inept bouncer in this case is a protein called Scavenger Receptor B1 (SCARB1), which embeds in the membrane of kidney cells and facilitates cholesterol import. Inhibiting SCARB1, the researchers found, is sufficient to cause ccRCC cell death.

With this study, Dr. Riscal and his team have helped demystify the pathology of clear cell renal cell carcinoma and suggested a new target for treating kidney cancer. Future studies will determine how best to translate this discovery into drug development and, ultimately, improved outcomes for kidney cancer patients.

This research was published in Cancer Discovery.

This post was originally published by the Damon Runyon Cancer Research Foundation on August 14. It is republished by permission. 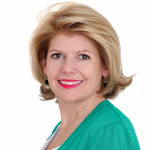