It’s an exciting area, but we need further investigation to learn more about turmeric’s role with cancer.

Turmeric is a common spice and looks like an unassuming root, but its vibrant orange yellow color draws you in. It is so ubiquitous that some have labeled it as the new kale. Turmeric’s popularity has soared so much that even Starbucks in the UK are now selling turmeric lattes. It’s common to see vendors selling golden milk, golden honey, turmeric capsules, turmeric nuts, turmeric popcorn, oral spray, soaps, ghee, juice, tea, face masks, and even entire cookbooks devoted to the bright spice. Compounds in this root, called curcuminoids, are responsible for turmeric’s beautiful color and are often used to color foods and cosmetics. The golden powder is everywhere! Besides its aesthetic appeal, why is this spice suddenly so common? 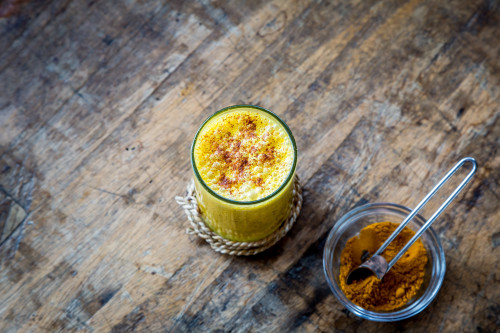 The spice has been around for centuries and is quite popular in Asian and Indian culture, so if you’ve eaten these cuisines, it’s likely you’ve consumed it. Overall we know that spices are a great source for phytochemicals (or plant chemicals). But more recently, curcumin (a type of curcuminoid), found in turmeric has been studied by scientists. In some lab and animal studies it has reduced inflammation and has been found to regulate genes that promote tumor growth—so it is suggestive it may prevent cancer or slow the spread of cancer. Since many diseases, such as cancer, are associated with inflammation it has become a hot topic. Because curcumin is thought to have anti-oxidant properties, it may help reduce inflammation. It’s also strongly promoted in the alternative medicine field as a cancer treatment and there seems to be a lot of attention online about how different spices can “kill cancer.”

However, an important finding revealed that when orally consuming curcumin, it isn’t absorbed well. So it doesn’t necessarily lead to these health benefits because of its poor bioavailability due to poor absorption, rapid metabolism, and rapid elimination. However, there are several things that have been found to increase the bioavailability, such as piperine—the major active component of black pepper. When black pepper is combined with curcumin, it has been shown to increase the bioavailability by over 2,000%. Also fats are shown to help with absorption too, so you may see many protocols or supplements with black pepper or types of fats and oils for consuming turmeric and curcumin.

So how did the potential benefits of turmeric and curcumin get so widespread?

The benefits of turmeric were majorly influenced by a highly published biochemist researcher named Dr. Bharat Aggarwal. He studied the role of inflammation and cancer and the anti-cancer effects of spices and herbs, mostly those of curcumin. He was a professor at the University of Texas MD Anderson Cancer Center. But unfortunately in 2012 he was found to greatly over hype his research and was charged with academic fraud on 65 of his papers. Aggarwal thus far has had 28 of his papers retracted due to manipulating his data. But despite his retractions, his work is still highly cited. This is because once a paper is published (even if it’s retracted) it’s always out there. A statement is issued when a paper is retracted, but that is it. So this leaves room for people to continue citing the paper thinking it’s a legitimate resource.

Why would Aggarwal mislead everyone with his manipulated data?

Aggarwal was the author of the book Healing Spices: How to Use 50 Everyday and Exotic Spices to Boost Health and Beat Disease, and he cofounded a company called Curry Pharmaceuticals to develop drugs based on synthetic curcumin analogs and is the founder of the Inflammation Research Institute in San Diego, CA. Thus it appears he had many conflicts of interest that probably prevented him from producing evidenced based research findings. He is now on the retraction watch leaderboard of researches with some of the most retracted papers. It doesn’t mean that other findings on turmeric aren’t credible though, but it’s important to make sure any websites or persons making claims using his retracted research should give you pause. 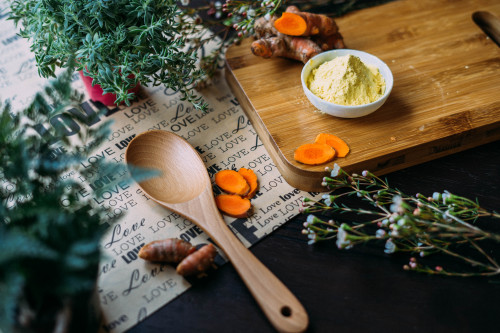 At the moment there is no clear evidence in humans to show that turmeric or curcumin can prevent or treat cancer. Few clinical trials have been conducted and have not yet been confirmed in humans. Additionally, the claims made for curcuminoids to help reduce inflammation aren’t supported by strong studies. Overall, it’s an exciting area, but we need further investigation to learn more about turmeric’s role with cancer. The research is ongoing as studies in people are still in the early stages and clinical trials are underway.

New research is investigating curcumin in combination with anti-cancer drugs. It’s possible that curcumin may help with reducing some cancer side effects like hand-foot syndrome or may improve cachexia (wasting of the body due to chronic illness) and the general health of patients. There is also some evidence that it can lessen some side effects from radiation therapy, such as radiation induced dermatitis, but at this time we will have to wait until the research is more conclusive.

A word of caution

People taking anti-coagulants (blood thinners) may want to be cautious consuming the spice regularly as it can increase the risk of bleeding. Curcumin is also known to interfere with the Cytochrome P450 enzymes needed for certain medication metabolism, so any medications or chemos that use this system (like Cytoxan and Doxorubicin) may interfere with them or some diabetic medications. High intakes of up to 12 grams per day can cause diarrhea, skin rash, headaches, and yellow colored feces. To put this intake into perspective, on average those living in India consume about 100 mg per day. Always check with your pharmacist before taking high amounts of any spice or supplement to make sure there aren’t any potential interactions.

Due to gaining the knowledge of turmeric’s poor bioavailability, some people have reported taking high doses over a short period of time by delivering it with an IV. But unfortunately, there is no evidence to support the benefits of high doses of IV turmeric. And in fact it’s been shown in rodents to become a pro-oxidant instead of an anti-oxidant, thus it can promote cell damage rather than preventing it. This is much like that of IV vitamin C, which I talk about here. Sadly, there was also recently a reported death from using IV turmeric, so please don’t try this!

What can you do?

It appears that most people who live in India consume a small and consistent amount of turmeric over their lifespans. There are reports that reveal they have lower rates of cancer and it has been linked to turmeric consumption, but there are no long term trials demonstrating this yet. For more information, you can check out Memorial Sloan Kettering Cancer Center’s Herb and Spices Database here. Healthy diet patterns, exercise, and not smoking are likely to be far more important than turmeric on its own for health outcomes however.

Until we know more, it’s best to consume turmeric or curcumin as a spice, as part of a healthy and balanced diet. Curcurmin has a long and well established safety record of about 0-3 mg/kg of body weight per day. Turmeric is safe to consume in amounts you would normally have with food, but at this time it is not recommended to supplement with it in amounts that you would not normally eat on your plate. In the meantime enjoy this delicious spice in your food! You can buy turmeric on the spice isle at your local grocery store or online and there is some evidence that the spice is better absorbed when it is cooked. If you want to enhance your meals, try adding it to couscous, rice, chicken (or other lean meats), scrambled eggs, frittatas, tofu, roasted veggies, soups, smoothies, salad dressings, or curries. One thing is for sure, it will make your meal a stunning and tasty one!