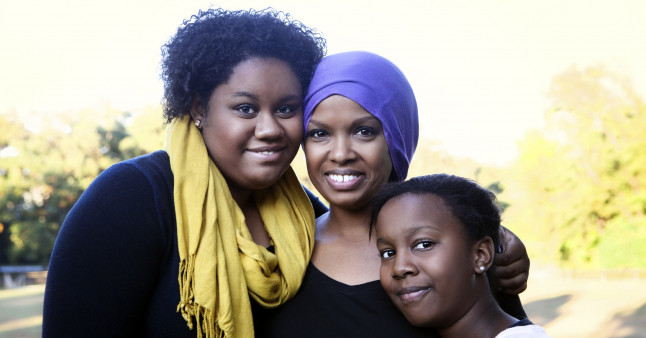 A new analysis from the TAILORx clinical trial provides information to help women with early-stage breast cancer make decisions about the best treatments to pursue. Istock (Model(s) used for illustrative purposes only)

“The more information we have from well-designed studies, the better we are able to counsel our patients,” said Larissa Korde, MD.

For women with the most common type of early-stage breast cancer and high scores on the Oncotype DX test, receiving chemotherapy with hormone therapy after surgery can lead to excellent long-term outcomes. That’s the conclusion of a new data analysis from the NCI-funded TAILORx clinical trial.

The 10,000-patient trial investigated the use of the Oncotype DX test to help guide the care of women with hormone receptor‒positive, HER2-negative breast cancer that has not spread to lymph nodes. This diagnosis accounts for half of all breast cancer cases in the United States each year.

The Oncotype DX test is used to assign each women’s cancer a score for recurrence risk on a scale of 0‒100. Women in the TAILORx trial with a high recurrence score on the test (26 and above) were assigned to receive chemotherapy and hormone therapy after surgery. According to the new analysis, an estimated 96% of women in this group were still alive at 5 years.

“This analysis solidifies the standard recommendation that chemotherapy should be offered to women with a recurrence score in the 26‒100 range,” said Larissa Korde, MD, head of Breast Cancer Therapeutics in NCI’s Division of Cancer Treatment and Diagnosis, which funded the study. “It shows that patients who receive chemotherapy have good outcomes and that there are a wide range of effective chemotherapy options that are available to these patients.”

The researchers also used statistical models to estimate what the outcomes would have been for women in the high-risk group if they had been treated with hormone therapy alone.

In this comparison, they found that women who were treated with both chemotherapy and hormone therapy were less likely to have a recurrence of their breast cancer at a distant site than would be expected for women treated only with hormone therapy.

New Analysis From a Groundbreaking Trial

TAILORx was launched in 2006 and designed and led by what is now the ECOG-ACRIN Cancer Research Group. The trial was developed to see if the Oncotype DX test, which assesses the expression of 21 different genes in a patient’s tumor to calculate a recurrence-risk score, could be used to help determine the most appropriate and effective adjuvant treatment for women with early-stage breast cancer.

TAILORx findings published in 2018 showed that, for most women in the intermediate-risk group, there was no benefit from receiving chemotherapy in addition to hormone therapy.

Joseph A. Sparano, MD, of the Albert Einstein Cancer Center and the trial’s lead investigator, said at the time that the findings confirmed the test could help spare some women from unnecessary treatment.

In the new analysis, published September 30 in JAMA Oncology, the researchers wanted to determine the outcomes of the women in the trial with high recurrence scores, who were assigned to receive both hormone therapy and chemotherapy.

Analyzing data from the 1,389 women in TAILORx with high recurrence scores, the researchers estimated that, at 5 years, more than 90% of the women had not had their cancer return near the site of their original tumor or elsewhere in the body, such as the brain or liver, and 95.9% were still alive.

The findings also showed that the choice of chemotherapy regimen did not seem to influence outcomes. Clinicians treating women in the trial could select one of several chemotherapy regimens. The most common included a taxane and cyclophosphamide (42%), an anthracycline without a taxane (24%), and an anthracycline and a taxane (18%). After 5 years, women who had treatment with any of these regimens, along with hormone therapy, had similar rates of remaining free from cancer recurrence.

When many of the regimens commonly used for treatment do similarly well in a study, it offers clinicians a lot of good choices for treatment, Dr. Korde said, adding that this finding, and the analysis in general, offer some welcoming reassurances.

“It’s always nice to have these large trials that confirm hypotheses and treatment decisions that we’ve been making for a long time,” she said. “When you counsel a patient, it’s helpful to say we have very good contemporary data that says if we do this, this is what we think the outcome will be.”

The statistical method combined recurrence data from TAILORx with data on chemotherapy benefit from an analysis of an earlier trial.

“We took the treatment effect that was seen in that earlier analysis and we applied it to this population to estimate what the outcomes would have been had they only received [hormone] therapy,” Dr. Sparano said.

Using the statistical method, the researchers estimated that 78.8% of the women who received hormone therapy alone would be free of recurrence at 5 years.

This comparison “is not a substitute for a randomized trial, but we’ll never be able to do a randomized trial in this specific population because the benefits of chemotherapy for this group are very clear,” Dr. Sparano explained. “What this analysis provides is a better assessment of what the benefit from chemotherapy is in patients who have a recurrence score within the 26‒100 range.”

He added that despite receiving chemotherapy, the women with high recurrence scores had worse outcomes than the women with intermediate scores who received hormone therapy alone. “However, we can see that the outcomes are much better than they would have been if this group of patients had [hormone] therapy alone,” he said.

“One of the major strengths of this analysis is that it’s the largest prospective trial that’s ever been conducted in patients who have high recurrence scores, and the use of chemotherapy by the clinicians reflects real-world practice,” he added.

For women with early-stage breast cancer who have recurrence scores either just below or just above 26, the data from TAILORx can inform treatment decisions, Dr. Korde said.

“These data give us very strong evidence that the cut points that were chosen are meaningful. But for every patient, the decision of whether to pursue chemotherapy is an individual one,” she said. “A patient with a recurrence score of 28 may have compelling reasons not to have chemotherapy. And there could be a very young premenopausal woman with a lower score, under 26 but close to 26, for whom some of the data in the trial suggest there might be a small benefit from chemotherapy.”

“It’s always a nuanced conversation,” she said, “and I think the more information we have from well-designed studies, the better we are able to counsel our patients with that in mind.”