Calquence is a BTK kinase inhibitor approved for mantle cell lymphoma and as a first-line or subsequent treatment for chronic lymphocytic leukemia (CLL) and small lymphocytic lymphoma (SLL). 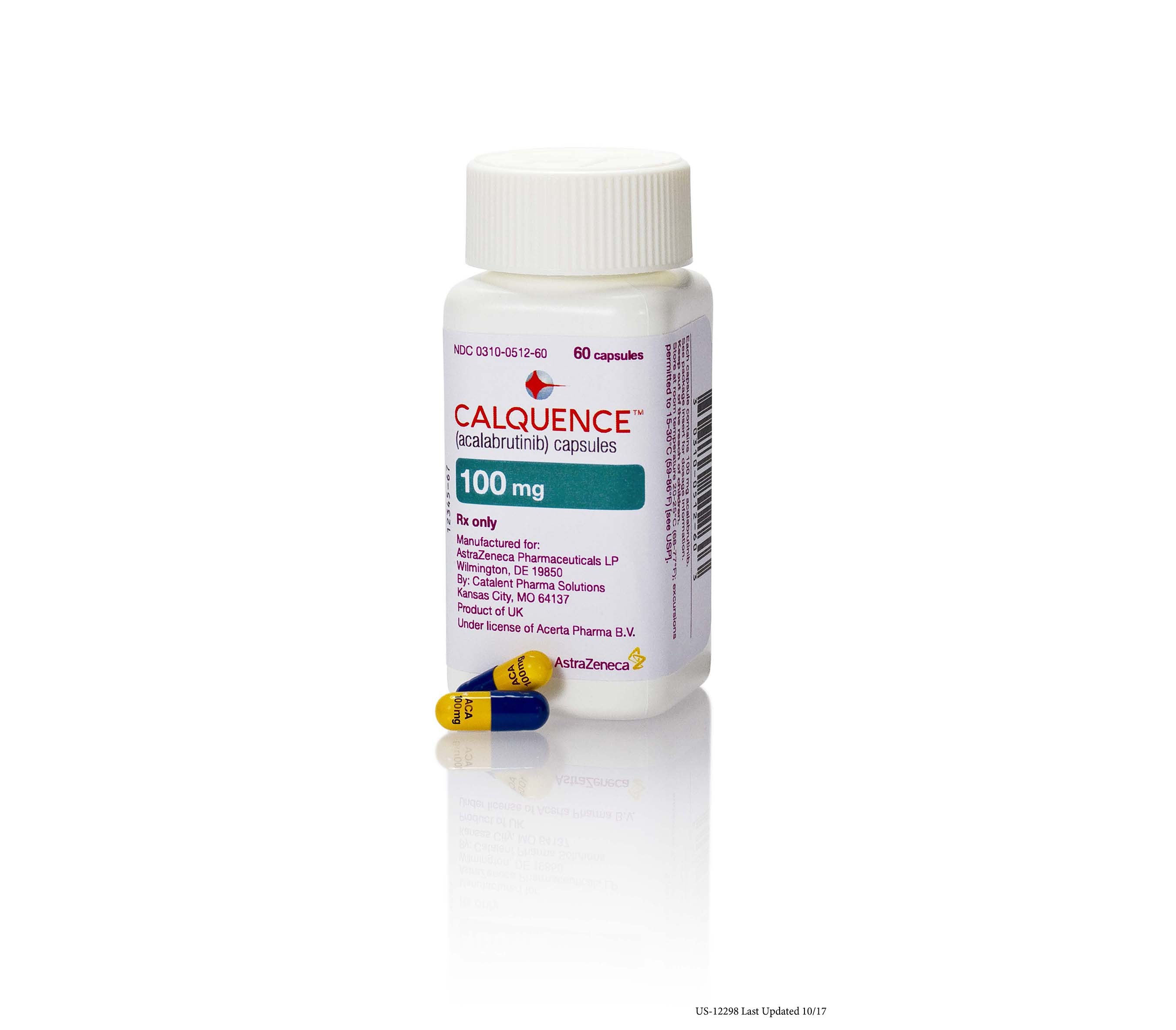 Calquence inhibits Bruton’s tyrosine kinase (BTK), which plays a role in maturation of B cell, which grow out of control or do not function normally in people with leukemia and lymphoma.

Calquence received accelerated approval for mantle cell lymphoma based on promising response rates in clinical trials. Approval for CLL and SLL was based on findings from the ELEVATE-TN trial, which enrolled people with previously untreated CLL, and the ASCEND study, which enrolled participants with relapsed or refractory (nonresponsive) CLL. Both studies showed that those randomly assigned to receive Calquence had longer progression-free survival—meaning they were still alive and their cancer did not worsen—compared with those who received standard therapies.

Calgence is taken as a capsule twice daily, with or without food.