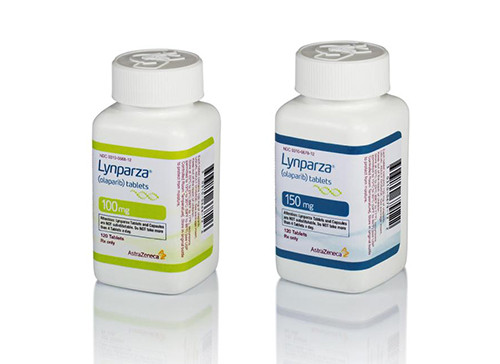 Lynparza blocks poly ADP-ribose polymerase (PARP) proteins, which play a role in DNA damage repair.  Inhibiting PARP leads to more DNA breaks in cancer cells, which halts cell division. People with harmful BRCA or other faulty DNA repair mutations do not make proteins that fix this kind of DNA damage, so their cancer is especially susceptible to these drugs.

Lynparza is taken as a tablet or capsule twice daily with or without food.

Common side effects include nausea and vomiting, fatigue, diarrhea, muscle and joint pain, headache, unusual taste sensations, decreased appetite, mouth sores and constipation. Lynparza can cause depletion of red blood cells (anemia), white blood cells (neutropenia) and platelets (thrombocytopenia), which can lead to infections and easy bleeding. Potentially serious side effects include lung inflammation, blood clots and increased risk of leukemia or myelodysplastic syndrome. Lynparza can cause fetal harm if used during pregnancy.