Tagrisso is a kinase inhibitor approved for people with metastatic non-small-cell lung cancer (NSCLC) with certain EGFR mutations who are being treated for the first time or who have experienced disease progression on a different EGFR inhibitor, and as adjuvant therapy after surgery.

The FLAURA trial, which enrolled previously untreated people with metastatic NSCLC with specific EGFR exon 19 or 21 mutations, showed that Tagrisso delayed disease progression and improved overall survival more than chemotherapy. The AURA3 study showed that Tagrisso shrank tumors and delayed progression more than chemotherapy in patients who had received prior treatment including other EGFR inhibitors. The ADAURA trial showed that taking Tagrisso after tumor removal reduced the risk of recurrence. Tagrisso was first approved in 2015.

Tagrisso is a once-daily pill that can be taken with or without food.

Common side effects include diarrhea, rash, dry skin, nail problems, fatigue and decreased appetite. Potential serious side effects may include lung and heart problems and inflammation of the corneas of the eyes. Tagrisso can cause fetal harm if used during pregnancy. 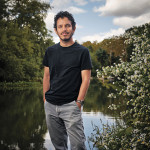 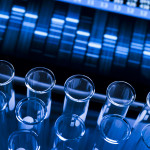