Only 1 in 6 U.S. Adolescents Complete HPV Vax on Schedule

U.S. guidelines recommend youths receive the two-dose vaccine when they are 11 or 12 years old.

A woefully low proportion of U.S. adolescents are completing the two-part human papillomavirus (HPV) vaccine according to the recommended schedule, Healio reports.

U.S. guidelines recommend that both male and female adolescents receive the HPV vaccine, which prevents multiple strains of the virus that are associated with various cancers, when they are 11 or 12 years old.

Publishing their findings in the Journal of Infectious Diseases, researchers from Emory University in Atlanta analyzed responses from the 2016 National Immunization Survey-Teen. This is a random digital-dial phone survey of parents of 13- to 17-year-olds. The investigators included data from 20,475 parents who agreed to provide permission for verification of immunization records from their children’s medical providers.

These figures do represent improvements from previous years. 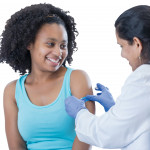 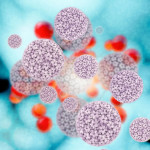