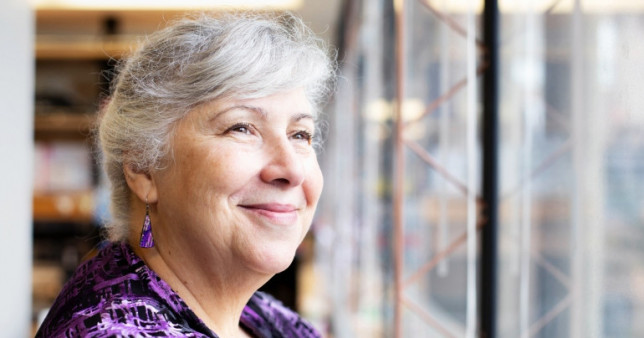 An award from Cancer Research UK will help an international team determine the basis of one in four cancer deaths.

“The Grand Challenge is designed to address really big, intractable questions in cancer,” said Tlsty, Professor of Pathology and former director of the Program in Cell Cycling and Signaling at the UCSF Helen Diller Family Comprehensive Cancer Center. “The idea is not to make small, incremental steps, but to make a huge leap forward.”

“I’m not aware of any funding opportunities anywhere in the world that can begin to integrate this many international cancer experts on projects of such clear importance,” said Edward Harlow, PhD, member of the Grand Challenge Advisory Panel and the Virginia and D.K. Ludwig Professor of Cancer Research and Teaching at Harvard Medical School. “These teams have been brought together to tackle many of the biggest challenges we currently face in cancer research. We can see from the progress already achieved how powerful it is to support collaborations of this scale.”

Chronic Inflammation Drives a Quarter of All Cancers

Tlsty will lead a team that includes scientists, clinicians and patient advocates from the U.S., Canada, Israel and the U.K. Their efforts will focus on understanding how chronic inflammation drives some of the most aggressive forms of cancer.

Inflammation is a normal part of the body’s immune response and occurs when white blood cells release protective molecules in response to cellular damage, foreign substances or infectious pathogens.

Though chronic inflammation causes a variety of cancers, Tlsty’s team will focus on four — certain types of esophageal, lung, stomach and colon cancer. These cancers are especially aggressive and, according to Tlsty, by the time patients receive a diagnosis, it’s usually too late. Tlsty believes that her team’s efforts will drastically improve outcomes.

Each inflammation-associated cancer appears to have its own unique cause. Esophageal cancer caused by severe acid reflux disease, which irritates and inflames the esophagus, seems entirely unrelated to stomach cancers caused by the bacteria H. pylori, which inflames the gastric lining and also causes peptic ulcers.

Despite these apparent differences, Tlsty argues that a common process underlies each of these chronic inflammation-associated cancers — a process that has been largely ignored.

Tlsty’s team will employ cutting-edge techniques — including single-cell sequencing, immune cell engineering, multiplex staining and organs-on-chips — in order to listen in on the conversations between epithelial and stromal cells and identify the messages that cause cancer. Tlsty believes that this will eventually allow clinicians to predict whether a patient with chronic inflammation will develop cancer, years before the cancer emerges. She also hopes that her team’s discoveries will lead to drugs that interfere with these “conversations” and prevent cancers from forming.

“The bottom line is that I don’t think we should approach these as different types of cancer. I think it’s one cancer process. If we understand the mechanism behind that process, we may be able to prevent one in four cancer deaths,” Tlsty said.

Members of Tlsty’s team include:

This article was originally published on January 23, 2019, by the University of California, San Francisco, News Center. It is republished with permission.