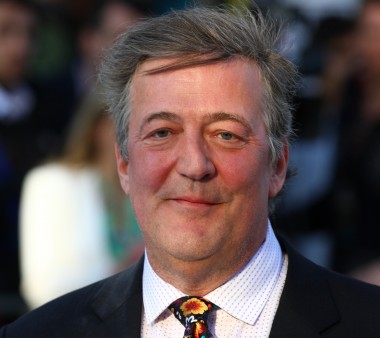 The actor and author continues to advocate for early detection of cancer and write witty books, including his latest, Fry’s Ties.

Update November 11, 2021: Stephen Fry has continued his popular career while continuing to be outspoken about his prostate cancer experience and to advocate for early cancer detection.

In 2019, he coauthored an article with his surgeon, Both sides of the scalpel: the patient and the surgeon view and recorded a video for Prostate Cancer UK encouraging men to get their PSA checked for early prostate cancer detection. In September, 2021, he participated in a video for Great Britain’s National Health Service (NHS) encouraging people to pay attention to symptoms that may signal possible cancer.

“A few years ago I was pretty stunned to be given the diagnosis of cancer," he says in the 2021 video, according to an article in the British newspaper Express. “I was very lucky because it was diagnosed early. Finding cancer early makes it more treatable.” He urged: “Many of us can succumb to cancers but there are symptoms that can be reported by the patient...So please, make an appointment with your GP if you notice discomfort in the tummy area or diarrhoea for three weeks or blood in your pee even just once.” The video is here.

Fry’s latest book, released November 11, 2021, is Fry’s Ties: The life and times of a tie collection. He quotes P.G. Wodehouse:  ’What do ties matter, Jeeves, at a time like this?’ ’There is no time, sir, at which ties do not matter’

This article originally appeared on February 26, 2018:

Actor and comedian Stephen Fry is the latest celebrity to reveal that he was diagnosed with prostate cancer. Fry recently underwent surgery to remove his prostate and 11 lymph nodes, reports The Guardian.

Fry, who is best known as half of the British comedy duo Fry and Laurie and for hosting the British Academy Film Awards, shared a 13-minute video revealing his diagnosis via Twitter on February 23.

“For the last 2 months I’ve been in the throes of a rather unwelcome and unexpected adventure,” wrote Fry. “I’m sorry I haven’t felt able to talk about it till now, but here I am explaining what has been going on.”

In the video, Fry discusses how a visit to his doctor for a flu shot resulted in a full checkup, which revealed that his prostate-specific antigen (PSA) levels were high. An MRI then confirmed he had cancer. Although he was offered radiotherapy, he opted to have surgery instead.

“It all seemed to go pretty well,” said Fry. “They took the prostate out. They took out 11 lymph nodes. The various bits that were taken out were examined, and it turned out I had a Gleason score of nine, and considering 10 is the maximum, it was clearly an aggressive little bugger.”

According to the National Cancer Institute, the Gleason scoring system is used to grade prostate cancer tissue based on how it looks under a microscope. These scores range from 2 to 10 and indicate how likely it is that a tumor will spread.

Fry says doctors have caught all the cancer, which they believe saved his life. However, if his PSA levels show there is still some leftover cancer on his prostate, he will have to undergo radiotherapy. He encouraged “men of a certain age” to get their PSA levels checked.

“I’m bloody lucky to be surrounded by such wonderful people, and I’m lucky to have an immune system because that’s the real hero,” he said.