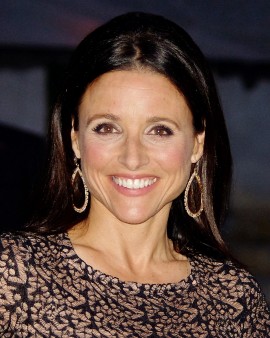 On September 28, actress Julia Louis-Dreyfus announced via social media that she has breast cancer. The news came less than two weeks after her record-breaking sixth Primetime Emmy Award win for her role on the HBO show Veep, reports The New York Times.

She continued, “The good news is that I have the most glorious group of supportive and caring family and friends, and fantastic insurance through my union. The bad news is that not all women are so lucky, so let’s fight all cancers and make universal health care a reality.”

According to an HBO spokeswoman, Louis-Dreyfus received her cancer diagnosis on September 18, the day after the Primetime Emmy Awards, where she won Outstanding Lead Actress in a Comedy Series for her role as Selina Meyer on Veep. In the hit show, Meyer plays a U.S. vice president who eventually becomes president and then former president.

Although the news was announced around the same time that it was also revealed that the series would end next season, the HBO spokeswoman says Louis-Dreyfus’s diagnosis had nothing to do with it.

“Our love and support go out to Julia and her family at this time,” HBO said in an emailed statement. “We have every confidence she will get through this with her usual tenacity and undaunted spirit, and look forward to her return to health and to HBO for the final season of Veep.”

“We Veeps stick together,” wrote Biden. “Jill and I, and all of the Bidens, are with you, Julia.”

Just when you thought... pic.twitter.com/SbtYChwiEj