An anthrax-based treatment holds promise against this difficult-to-treat malignancy.

Move over botulinum toxin (aka Botox)—anthrax may prove to be the latest deadly bacteria with surprising health benefits. Researchers at Purdue University have seen promising results in early studies of a form of anthrax as a treatment for bladder cancer—a treatment that, curiously enough, seems to have a low level of toxicity.

Bladder cancer is sixth on the list of top cancers in the United States. It is diagnosed in more than 80,400 people a year and kills about 17,600 annually. Particularly because of its high recurrence rate of 70%, bladder cancer is sorely in need of new treatment options.

People with bladder cancer may be treated with surgery, radiation or chemotherapy. One standard treatment involves sitting for hours with a bladder full of BCG bacteria, meant to trigger an immune response that kills malignant cells.

The Purdue researchers worked on developing the new anthrax treatment in partnership with investigators at the Indiana University School of Medicine, the Massachusetts Institute of Technology and Harvard University. They published their findings in the International Journal of Cancer.

“We have effectively come up with a promising method to kill the cancer cells without harming the normal cells in the bladder,” R. Claudio Aguilar, PhD, an associate professor and the assistant head of biological sciences in Purdue’s College of Science, said in a press release. “It is basically like creating a special solution that targets cancer cells while leaving healthy cells alone.”

Thanks to the protective layer on the lining of the bladder, the anthrax mixture used in the experimental treatment apparently does not harm the organ. Instead, it targets cancer cells and tumors. A major upside is that it works in just minutes.

“We have seen outstanding results with our treatment,” said Aguilar. “It is fast and effective, both of which are critical for people dealing with this devastating disease.”

The research team conducted tests of the treatment in dogs that had spontaneously developed bladder cancer and had run out of treatment options. A single treatment using the anthrax mixture reduced tumor size by an average of about 30%. Tests in tumor-free mice and dogs indicated that the treatment resulted in no toxicity to the animals.

In experiments conducted in human bladder tumor cells in the lab, the treatment was also effective at fighting such cells.

According to the researchers, the anthrax treatment may also prove effective for other cancers, such as lung or skin cancer. 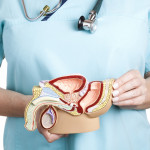 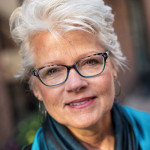 Couple with Cancer Gets Strength From Each Other and Care Teams