Big Gains in Bone Marrow Transplant Survival Since the Mid-2000s

Despite patients being older and sicker, the mortality rate dropped by one-third within a 10-year period.

A bone marrow transplant can be a lifesaving treatment, but it can come with life-threatening risks.

The encouraging news for patients: Those risks have been plummeting for years.

In 2010, a team at Fred Hutchinson Cancer Research Center reported a striking improvement in survival for patients who had a bone marrow transplant from the 1990s through the early 2000s. The team’s latest analysis shows that trend has continued. The overall risk of death after transplant dropped 34% between 2003-2007 and 2013-2017, according to new research published in Annals of Internal Medicine.

Those gains stem from a sharp decline in transplant-related complications, said corresponding author George McDonald, MD, an emeritus member at Fred Hutch. The risk of dying from those complications — mostly due to infections and diseases involving the liver, kidneys and lungs — has fallen from 30% to 11% over the past 25 years.

Other findings weren’t as dramatic, McDonald said. Risk of death from cancer relapse declined — but nowhere near as steeply as that from complications. Recurrence of cancer remains a major challenge for the transplant field, he said.

Still, the results should reassure researchers and clinicians at Fred Hutch and elsewhere who have toiled to improve the practice for decades, said McDonald, who saw his first transplant patient in 1972. He credits the improved outcomes to small, steady advances made at transplant centers by a diverse cast of doctors, nurses and specialists across every major medical discipline.

“Each of us has been working hard, trying to make our little corner of the problem less severe,” said McDonald, who also led the 2010 analysis. “Cumulatively, those little improvements sum up to big improvements in outcomes. This paper reflects 25 years’ worth of clinical research.”

Advances in clinical practice
Bone marrow transplants are lifesaving treatments for patients with blood cancers and other diseases. During these procedures, patients first undergo chemotherapy and/or radiation to destroy their diseased bone marrow. A donor’s healthy, blood-forming stem cells are then given directly into the patient’s bloodstream.

For the current study, McDonald and colleagues reviewed the outcomes of 1,148 patients who underwent a transplant between 2003-2007 at Seattle Cancer Care Alliance, Fred Hutch’s clinical care partner. They then compared them to 1,131 patients who had the procedures between 2013-2017. The most recent cohort was older and sicker when they had their transplant, McDonald said. Yet they still fared better than the previous group.

In absolute terms, the frequency of overall mortality during 2013-2017 was 40%, and this proportion will obviously increase with further follow-up, McDonald said.

McDonald noted that the study was a retrospective analysis of previously collected data and therefore cannot say with certainty what caused the improved outcomes. “But we can make really educated guesses as to why we’re getting better,” he said.

Those educated guesses involve changes to clinical practice driven by ongoing research at Fred Hutch and elsewhere, including:

Looking ahead, McDonald thinks further clinical research by infectious disease experts and medical specialists in liver, kidney and pulmonary disease will help drive down the risk of death from transplant-related complications into the single digits.

That would help accelerate bone marrow transplantation’s practice far beyond the realm of cancer treatment, said Fred Appelbaum, MD, Fred Hutch’s executive vice president and deputy director and a world leader in the research and treatment of blood cancers.

“If we can bring the risk of non-relapse mortality to almost zero, which we are rapidly approaching, that makes transplantation a viable option for nearly any disease of the immune system,” he said. That would include autoimmune disorders like scleroderma, multiple sclerosis and Crohn’s disease. And the procedure could be combined with organ transplants to sharply reduce the risk of rejections, he said.

“These continued gains (in non-relapse mortality) would open the door to many other possibilities,” Appelbaum said.

The tougher challenge will be preventing relapse. But there are grounds for optimism, said Fred Hutch’s Brenda Sandmaier, MD, a physician-scientist and study author.

“Now that we have significantly reduced non-relapse mortality, we have a platform to implement different treatments that more specifically target the cancer,” she said. “In another 10 years, (the relapse rate) should and will go down.”

It remains to be seen if these and other areas of research will help reduce deaths related to relapse of cancer in line with those from transplant-related complications. Still, Appelbaum, who helped develop Fred Hutch’s Bone Marrow Transplant Program, is amazed at how far the transplant field has come.

“Back in the early 1970s, we thought it would be unrealistic for anyone under 35, even a healthy Marine, to survive a bone marrow transplant,” he said. “The toxicities were too harsh. Now, we transplant people over 70 using mismatched unrelated donors. The progress we have made is just amazing.”

Grants from the National Institutes of Health supported this research.

This article was originally published on January 20, 2020, by Hutch News. It is republished with permission. 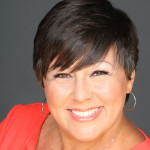