In “The Hanford Plaintiffs,” Trisha T. Pritikin gives voice to the downwinders of the notorious Hanford nuclear plant.

The world’s first full-scale plutonium production reactor sits on the 586-square-mile Hanford site in eastern Washington, an erstwhile Manhattan Project complex and the United States’ most contaminated repository of nuclear waste. After coming online in 1944, the Hanford plant supplied the plutonium for the Nagasaki bomb and almost two-thirds of the nation’s Cold War nuclear arsenal, all while depositing radioactive I-131 into the Columbia River and nearby tri-cities of Richland, Kennewick, and Pasco.

Aided by local weather patterns, the plumes eventually reached neighboring counties in Oregon and Idaho; it was only when the site’s clandestine operations became public in the late 1980s that the federal government acknowledged that thousands of civilians downwind were caught in the path of the fallout.

In “The Hanford Plaintiffs: Voices from the Fight for Atomic Justice,” Trisha R. Pritikin, a lawyer and anti-nuclear advocate, presents 24 of their testimonies and provides a definitive history of the 1991 personal injury litigation Hanford downwinders brought against the government. The firsthand accounts painstakingly detail radiation exposure and its harrowing lifelong health effects, and Pritikin’s careful study of the case links the testimonies and anchors them within the larger chronology of the Manhattan Project. Moving between the Pacific Northwest and the Nevada desert, “The Hanford Plaintiffs” also compares the experiences and litigation efforts of exposed populations and maps the geography of Cold War era nuclear weapons production through the downwinders’ tangles with legislatures and federal courts.

Other histories of Hanford have appeared in recent years, including John Findlay and Bruce Hevly’s 2011 “Atomic Frontier Days: Hanford and the American West” and Michele Gerber’s 1992 “On the Home Front.” But “The Hanford Plaintiffs” most closely echoes Kate Brown’s 2013 “Plutopia: Nuclear Families, Atomic Cities, and the Great Soviet and American Plutonium Disasters,” a study of Richland and its Russian counterpart, Ozersk. While Brown’s analysis links the plutonium project to the invention of the American suburb, Pritikin’s history speaks in intimate snapshots of life downwind and downriver of Hanford, detailing the devastating cost of the plant’s culture of secrecy in the words of exposed people.

Tracing the site’s history from the end of World War II to the present, “The Hanford Plaintiffs” chronicles how the victims sought justice in court and documents their lengthy legal battle against the government and its nuclear contractors. The In Re Hanford personal injury litigation dragged on for two and a half decades of costly studies, as legal fees mounted and the downwinders’ health declined. Out of over 3,000 downwinders who joined the 1991 lawsuit, only six representative “bellwether plaintiffs” ever received jury trials. The lawsuit finally came to a close in 2015, as the last of the plaintiffs reached confidential settlement agreements or dropped their claims. (The filing does not disclose the precise number of downwinders to settle or how much they were compensated, though the agreements have been characterized as pithy and widely derided by the plaintiffs and their attorneys over the years).

Pritikin explains that an advantage for the contractors and government of having 24 years of litigation was that the public forgot about the downwinder’s stories. The public had barely heard from any one, other than the bellwethers in 2005.

The case’s resolution foreclosed the opportunity for most of the exposed to put their stories on the record in court proceedings, which numerous downwinders interviewed by Pritikin say was in part what motivated them to join the suit as plaintiffs.

The heart of the book lies in these narratives, which detail the grueling long-term effects of radiogenic disease as well as the downwinders’ recollections of Hanford and the court proceedings. The illnesses discussed include numerous cancers and thyroid disorders, autoimmune disease, neurological disorders, infertility, miscarriages, stillbirths, and neonatal deaths. The compensation scheme agreed upon in the case’s 2015 resolution was narrow: Individuals were eligible only if they suffered from thyroid cancer or other thyroid disorders related to exposure.

“Upon my diagnosis with thyroid cancer in 2006, I was made part of the thyroid cancer group in the Hanford downwinder litigation, and I therefore was one of very few victims who received a financial settlement,” says one plaintiff, Judith Mayer, who also suffers from Waldenstrom’s macroglobulinemia, a cancer related to Hodgkin’s lymphoma that the federal government offers compensation for in nuclear workers. “The irony is that the disease for which I should have been compensated, the Waldenstrom’s, was not addressed in the litigation because no studies had been done on exposed populations to look at the link between low dose radiation and my specific cancer. This was the case with other cancers suffered by Hanford downwinders as well.”

“My childhood exposure to Hanford’s radiation releases has had a devastating impact on my life,” Mayer concludes. “Where was the oversight? Many people downwind and downriver were put at risk.”

Pritikin wields a fluency in environmental law that lends “The Hanford Plaintiffs” pedagogical value, though its granularity may at times prove dry for a general readership. But the downwinders’ life stories highlight the everyday lived experiences of exposed populations, and the challenges, small joys, and brutal reality among those who disproportionately paid the price of the arms race. Pritikin opines that if the public heard those stories, they’d be incensed by the government’s extensively poor treatment of civilians.

She contends that exposed communities were essentially the “guinea pigs” of the nuclear era, a comparison borne out in gruesome accounts of radiation’s effects on animals. “The tragedies of sheep and lamb deaths in Cedar City in 1953 and the farmlands downwind from Hanford in 1961 were early warnings of what was to come for the downwinders,” writes Pritikin of the plant’s secret experimental animal farm, referencing documents declassified in the late 1980s.

Particularly chilling testimony comes from Brenda Weaver, a plaintiff whose daughter was born with a birth defect she first observed in exposed livestock. “On the night they call the ‘Night of the Little Demons,’ our lambs were born without eyes, with feet missing, without mouths, some with legs grown together; baby lambs with all kinds of horrible deformities,” she recounts. “Only a few years later, while I was still living in the Hanford area, my first child, Jamie, was born without eyes.”

Pritikin’s examination of the Re Hanford litigation also sheds light on the imprecisions of dose reconstruction, arguing that the case’s defendants paradoxically weaponized both the ambiguities of dosimetry and the authority conferred by protracted scientific study to evade accountability in the legal process. Unlike Hanford’s nuclear workers, nearby civilians were not monitored medically, so the In Re Hanford case relied on dose estimates calculated retroactively in the Department of Energy funded Hanford Environmental Dose Reconstruction project.

“Who could be trusted to study Hanford’s impact on its neighbors?” asks veteran reporter Karen Dorn Steele, who broke the 1985 story on the plant’s secret radiation releases and provides the book’s introduction. The answer depends on who you ask. Implicitly, “The Hanford Plaintiffs” urges readers to consider how downwinders describe it for themselves.

While the book is a definitive history of the In Re Hanford litigation, Pritikin also urges a broader reconsideration of the Manhattan Project from the vantage point of those typically relegated to its margins — a history that is as much about public health as it is about nuclear weapons “The Hanford Plaintiffs” offers readers a timely and valuable contribution to the project as well as a much-needed reminder of the staggering costs of nuclear secrecy.

This article was originally published on July 10, 2020, by Undark. It is republished with permission. 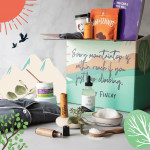 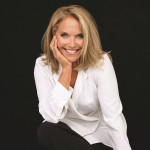 What Katie Couric’s Diagnosis Teaches Us About Breast Cancer