How do you make cancer clinical trials available to more patients?

Low clinical trial participation is a problem that’s plagued cancer researchers for decades, with most estimates putting adult cancer patient involvement at less than 5 percent. In many cases, the patients’ clinical status — that is, their various medical conditions — exclude them from even being considered for a trial.

Unger, a health services researcher and biostatistician with Fred Hutch, is a leading member of the SWOG Cancer Research Network, a National Cancer Institute-funded group that led the study. Unger and his SWOG team collaborated with representatives from the American Cancer Society Cancer Action Network, to drill down into one set of eligibility criteria: comorbidities, that is, having one or more chronic diseases — such as diabetes or hypertension — in addition to cancer.

In a nutshell, they found that physicians often don’t even discuss potential trial participation with patients who are ineligible due to having another disease. The researchers further estimated that strategically loosening trial eligibility criteria could enable “several thousand more patients with well-managed comorbidities to participate in cancer clinical trials each year.”

“The commonly cited statistic is that less than 5 percent of patients participate in trials,” said Unger, who worked with Dawn Hershman, MD, MS, of Columbia University Medical Center in New York, Mark Fleury, PhD, of ACS-CAN and Riha Vaidya, PhD, of the Hutch. “The implication, perhaps unknowingly, is that somehow it’s all the patients’ fault. But it’s not. Patients are actually quite willing to participate in trials if they’re offered one. But structural and clinical barriers often get in the way.”

Unger said that 60 percent of cancer trial exclusions pertain to comorbidities or performance status (i.e., the patient’s overall health). Patient safety is at the heart of most exclusions, but it can mean less participation from ready-and-willing patients and far more time beating the bushes for eligible volunteers.

This is a problem — and not just because nearly 20 percent of cancer clinical trials fizzle because they can’t accrue enough patients. Automatically excluding cancer patients with certain comorbidities may also accentuate enrollment disparities for minority patients, since conditions such as heart disease and diabetes can be more prevalent in these populations.

“There’s been a trend over time to make trial cohorts more and more homogenous,” Unger said. “At the same time, they’ve become less and less representative, so when a drug is found to be efficacious in a trial, people often ask ‘How applicable is this result?’”

Cancer survivors, Unger said, represent a huge swath of the population that often have been left out of cancer clinical trials.

“There are 15 million cancer survivors in the U.S. now and that number continues to grow,” he said. “We used to think a patient with a prior cancer was not a good candidate for a trial because their prior cancer would affect their outcome. But they’re doing much better now than they ever did in the past. That’s a big cohort of patients who could be receiving care in clinical trials.”

Drilling down into the data

While organizations like the American Society of Clinical Oncology, American Cancer Society, Friends of Cancer Research, National Cancer Institute and U.S. Food and Drug Administration have been working to modernize what the FDA has termed “overly restrictive” eligibility criteria, Unger said very little research has actually been done on patient decision-making as it pertains to comorbidities and trial participation.

So he and colleagues surveyed a cohort of 5,500 cancer patients — the majority female, white and under 65 — on their demographics, cancer staging, comorbidities and treatment decision-making process with regard to trials. Most participants had either breast or prostate cancer, and 66 percent had one or more comorbidities, the most common being hypertension.

Unger and his team found that 39 percent of the patients surveyed had discussed clinical trials with their physician, 18 percent had been offered a trial and 9 percent actually participated. But the presence of one or more common comorbidities among these patients reduced the likelihood of discussions about trials by 15 percent, trial offers by 23 percent and trial participation by 24 percent.

The researchers then used statistical modeling to see how many additional patients might participate in trials if eligibility criteria were more patient-friendly and people with comorbidities weren’t immediately disqualified.

By loosening the requirements around liver disease, kidney disease, cardiovascular disease and prior cancer (as recently recommended by ASCO), more than 6,300 additional patients would be eligible to participate in a trial, Unger said.

If patients with comorbidities of any type (including conditions like diabetes and lung conditions) could participate, up to nearly twice that number — 11,990 additional patients — would be eligible for cancer trials.

Unger stressed that patient safety would not be jeopardized by loosening these restrictions.

“The loosening of eligibility criteria is intended to strike the right balance between safety and inclusiveness,” he said.

“Our first aim was just to show that patient comorbidities actually do influence the patient treatment decision-making process about trials,” said Unger, whose research revolves around making clinical trials more accessible. “But the actual evidence in the literature about the extent to which patient comorbidities influence that process is almost nil. We validated that they do.”

“ASCO and Friends of Cancer Research and the FDA have made this recommendation and people are starting to implement these changes,” he said. “They’re being adopted by every major clinical trial network group. Our hope is that this affirms their efforts and hopefully, accelerates the change.”

The bottom line, Unger said, is that we should soon start seeing more inclusive and more patient-friendly trials that are completed more quickly.

“I think we’re going to see a bit of a sea change,” he said. “Thousands more individual patients will be able to choose trials for their care, which is important in its own right since patients receive protocol-directed, guideline-driven care in clinical trials. And trials will be conducted more quickly and will be more representative of the cancer population, which means researchers can have more confidence as to how the results can be applied.”

“Ultimately,” he said, “that means new treatments will be identified more quickly, which gets right back around to benefiting the patients.”

This SWOG study was supported by the National Institutes of Health through a National Cancer Institute grant. Funding also came from the Hope Foundation for Cancer Research and the Susan G. Komen Research Foundation.

This article was originally published on January 10, 2019, by Hutch News. It is republished with permission. 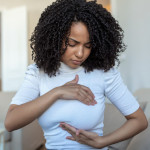