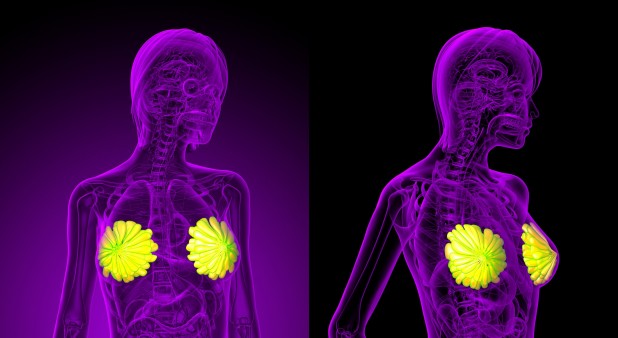 3D rendering of the breast Istock

Some women should start screening earlier because they are at higher risk for developing breast cancer or having more aggressive disease.

When should you start getting mammograms to screen for breast cancer? How often should you get them done? And what kind of test is best?

These questions might seem straightforward, but expert organizations make different recommendations. Some say start at 40 and get mammograms annually. Others say start at 50 and repeat every other year. This makes it hard to know which advice to follow. But the guidelines agree that ultimately the choice is up to you, so it’s important to understand the benefits and drawbacks.

“Our new guidance considers each individual patient and her values,” Christopher Zahn, MD, of the American College of Gynecologists (ACOG) said when the group released its updated guidelines in June 2017. “We have moved toward encouraging obstetrician-gynecologists to help their patients make personal screening choices from a range of reasonable options.”

Breast cancer is the most common cancer in women after noninvasive skin cancer and the second leading cause of cancer death after lung cancer. More than 286,000 women will be diagnosed with invasive breast cancer and nearly 42,000 will die from it in 2019, according to the American Cancer Society (ACS). Breast cancer is uncommon in men, with around 2,600 new cases and 500 deaths annually.

Experts and advocates agree that detecting breast cancer and starting treatment early is the best way to prevent disease progression and improve survival. But how early is early enough?

Not all women are average, of course.

What Method to Use?

Mammograms may not be the best way to detect breast cancer in all women. Those with dense breasts, for example, may benefit from ultrasound imaging. Breast screening and diagnosis methods include:

It is important to stress that breast cancer screening guidelines are for preventive screening of average-risk women who show no signs of breast cancer. If you feel a lump in your breast or have other signs such as a change in breast shape or unusual discharge from a nipple, contact your provider immediately. Women who have had breast cancer in the past may need more frequent or different types of follow-up screening.

Implications of the Guidelines

Screening guidelines are written by experts who review medical studies and decide if there is enough evidence to show that the benefits of an intervention outweigh the risks or harms. These decisions are necessarily based on population averages. There is no way for experts to know what the outcome will be for a specific woman—only what is likely to happen for a group of similar women.

The USPSTF guidelines carry particular weight because they are used to determine what prevention services insurance companies are required to cover for free under the Affordable Care Act.

But many providers think the USPSTF guidelines do not reflect the best care. The ACR and SBI claim that the USPSTF relies on “antiquated” methods, basing its recommendations on a limited review of selected studies that are often decades old and used outdated equipment.

"The USPSTF guidelines are based on attempts to save health care dollars and lessen patient anxiety. Much of the data this group relied upon is based on outdated technology," says Anjali Malik, MD, of Washington Radiology in Washington, DC, a member of the SBI’s communications committee.

“Breast cancer affects one in eight women, which means that the average-risk female has a 12 percent risk for the development of breast cancer over the course of her lifetime,” Malik continued. “As we have yet to discover a way to completely prevent or cure the disease, early detection remains the best way to tackle breast cancer, and the way to save the most lives is to start annual screening mammograms at the age of 40.”

The benefits of breast cancer screening are obvious, especially for women older than 50. Several studies have shown that detecting the disease at an early stage and treating it promptly can save lives. There is less evidence for the benefits of screening for women younger than 50 or older than 75.

The drawbacks of early screening are not always so obvious.

Cost, of course, is a big factor. Many people assume that public health guidelines that recommend later or less frequent screening are simply trying to save money, while professional societies that advise screening more often just want to pad their pockets. Although mammograms aren’t particularly expensive as medical interventions go, screening millions of women adds up.

But cost is not the only factor. Earlier and more frequent screening results in more false-positives, meaning suspicious findings that turn out not to be cancer that requires treatment. False alarms can cause anxiety, and follow-up tests such as biopsies take time and money and carry a small but real risk. Some women will be “overdiagnosed” and may undergo “overtreatment”—and suffer its side effects—for small, slow-growing cancers that never would have become life-threatening. And more mammograms means more radiation exposure, which itself can cause cancer.

Experts who favor earlier and more frequent screening say claims about overdiagnosis are exaggerated and most women with suspicious findings usually only need an additional mammogram or ultrasound, not an invasive procedure.

“Screening beginning at 40 and screening every year saves the most lives,” says Sally Herschorn, MD, medical director of breast imaging at the University of Vermont Medical Center.

“One woman may be willing to have many callbacks and even biopsies in order to insure that if ultimately diagnosed with cancer, that it is caught early, thus giving her the best fighting chance. She would choose to be screened every year beginning at 40 and may even choose additional screening if her breasts are dense,” Herschorn writes in a blog post sorting out the guidelines. “Another may be put off by the possibility of additional testing and may decide on a more conservative screening schedule, beginning at 45 and screening only every two years. Neither path is incorrect. Each is the right path for that woman.”

The conflicting recommendations about when and how often to get screened for breast cancer won’t satisfy women looking for easy answers. But an ongoing study called WISDOM, which plans to enroll about 100,000 women, hopes to improve decision-making in the future.

“We are testing a new way of personalizing screening by doing a comprehensive risk assessment and using that to assign women an age to start and stop, a frequency and a modality,” says Laura Esserman, MD, director of the UCSF Carol Franc Buck Breast Care Center. “Our goal is to determine if this is safe and associated with fewer interventions and false positives and whether it promotes better value.”

In the meantime, the best advice is to do what most guidelines and providers agree on: Discuss the potential benefits and harms of screening with your provider, along with your individual risk factors and personal preferences, so you can make the decision that’s right for you.