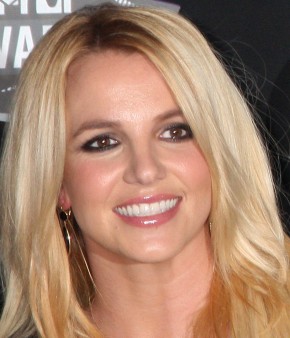 Britney Spears has been entertaining folks for four years during her Piece of Me Las Vegas show, but when the residency comes to an end in December, she will be remembered for much more than that. The pop star is helping affect the lives of countless children through the Nevada Childhood Cancer Foundation’s (NCCF) Britney Spears Campus, reports People.

NCCF is a local nonprofit organization that provides 45 programs to kids and adults living with cancer and their families. Spears raised donations from ticket sales of her Planet Hollywood show to help build the 16,000-square-foot campus, which will gather all the services that were once scattered throughout multiple locations under one roof.

“I’m just really excited to be standing here for our new NCCF campus,” Spears said before the ceremonial ribbon cutting on November 4. “We started fundraising in 2014, and we’ve raised $1 million to build this amazing facility to support the kids and the families everywhere. I’m so thankful to everyone for their generosity in making this a reality and making this happen.”

When the news was first announced in July, Spears discussed how cancer hit close to home.

“My aunt Sandra died of cancer, and I know the devastating effects that this terrible disease brings upon its victims and their loved ones, but when it happens to innocent young children, there’s literally nothing I can think of worse than that,” said Spears, a mother of two boys, in a statement.

Last year Entertainment Weekly reported that Spears was to host a cancer charity cycling ride in Las Vegas in October 2016 to raise money for NCCF’s “ONE Year ONE Home Capital” campaign.” At the time, she had already donated over $450,000 to the organization.

“We can’t thank Britney enough for being able to do this,” said NCCF CEO Jeff Gordon during the grand opening of the campus. “Our dream for many, many years has been to be able to have one building that all of our 45 programs can come together in one place. And that we are able to do today. And that doesn’t happen without someone like Britney Spears.”