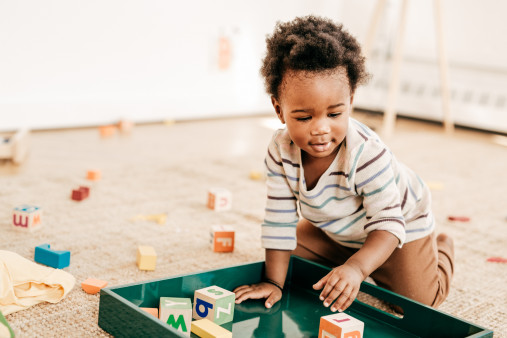 Children and young adults with pediatric cancer are less likely to be alive five and 10 years following diagnosis if their health insurance is covered by Medicaid or other government agencies, compared to those with private insurance, according to researchers at UCSF Benioff Children’s Hospitals.

In a study of approximately 1,100 pediatric cancer patients with bone and soft-tissue sarcomas, the researchers found that 61 percent of those with public insurance were alive five years post-diagnosis, compared with 71 percent for patients with private insurance. At the 10-year mark, 49 percent and 63 percent, respectively, were alive. Findings appear in Cancer Medicine on Dec. 15, 2019.

These two types of sarcomas make up between 12 percent to 15 percent of all pediatric tumors. Approximately one-third of the 1,700 U.S. children and young adults diagnosed each year with these sarcomas die, despite treatment that includes surgery and/or radiation, and chemotherapy in advanced cases.

“Patients with Medicaid have less access to primary care and are more likely to face delays in diagnosis than patients with private insurance,” said first author Neela Penumarthy, MD, an oncologist in the UCSF Department of Pediatrics. “While we found that publicly insured patients were more likely than those with private insurance to present with cancer that had already spread, this only accounted for part of the relationship between insurance and survival.”

The researchers divided the participants – mainly adolescents and adults in their 20s, with an average age of 21 – into two groups: 678 patients had private insurance and 420 had public insurance, principally Medicaid. The latter group also included eight patients with no insurance.

Tumor characteristics revealed that 45.4 percent of the patients with private insurance at the time of diagnosis had localized disease, when cancer is most responsive to treatment, and only 12.5 percent had metastatic disease, in which cancer has spread beyond its site of origin and surrounding areas. In contrast, 36 percent of the patients with public insurance had localized tumors and 21.3 percent had metastatic disease, which is the most challenging to control.

But even when cancer had metastasized, patients with private insurance experienced a significant survival benefit. Just 19 percent of publicly insured patients with metastatic cancer were alive 10 years following diagnosis, compared with 30 percent for the privately insured group.

“Private insurance was associated with improved survival, controlling for stage of disease as well as sex, race and age,” said senior author Lena Winestone, MD, of the Division of Allergy, Immunology and BMT in the UCSF Department of Pediatrics and of the Helen Diller Comprehensive Cancer Center. Factors that may explain this include “obstacles to medical care, such as lack of transportation, social support and funds for deductibles and prescriptions,” she said, in addition to “food and housing insecurity, and toxic stress.”

While the results of the study may raise questions about equity in treatment and equity in timelines of treatment, Winestone said, “it’s important that publicly insured patients are supported by concrete resources to maximize their opportunity for survival.”

This article was originally published on December 16, 2019, by the University of California, San Francisco, News Center. It is republished with permission.