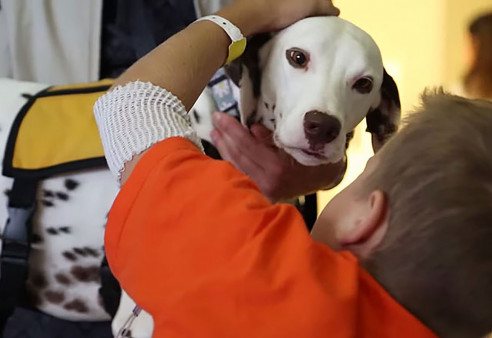 A simple cleaning procedure using antibacterial shampoo and wipes can allow children with cancer to safety interact with therapy dogs, according to a study presented at the IDWeek 2018 meeting in San Francisco.

Interacting with therapy dogs has been shown to reduce anxiety and stress among pediatric cancer patients, and a growing number of health facilities, including Johns Hopkins in Baltimore, are now offering pet therapy.

But cancer treatment, including chemotherapy, radiation and stem cell transplants, can damage the immune system by killing off white blood cells, leaving patients prone to infections. Dogs can potentially transmit harmful microorganisms such as methicillin-resistant Staphylococcus aureus (MRSA) to susceptible people. People often carry staph bacteria on their skin or in their noses, and it usually does not lead to problems in healthy people, but it can cause serious illness in those with weakened immunity.

Kathryn Dalton, VMD, MPH, of Johns Hopkins University Bloomberg School of Public Health, presented findings from a pilot study to assess transmission of hospital-associated infections among animals, patients and the hospital environment. The researchers speculated that therapy dogs might be spreading microorganisms from child to child.

They then test whether a novel decolonization procedure for the dogs would reduce transmission risk. The dogs were bathed using a shampoo containing chlorhexidine, a disinfectant, prior to their interaction with the children and their fur was cleaned with chlorhexidine wipes every five to 10 minutes during the visits.

Dalton’s team took samples from 45 young patients (ages 2 to 20, with an average of about 12) who were receiving outpatient cancer treatment at Johns Hopkins Bloomberg Children’s Hospital and from four trained therapy dogs before and after their interactions during 13 visits.

Vital signs showed that the dogs were doing their job: The children had decreased blood pressure and heart rate. They also reported improved mental health after interacting with the dogs. Four young patients said they felt less sadness and pain after dog visits, and seven said they were less worried (most children said they felt the same on all counts). All of them said they had fun and would like to see the dog again.

But the children who interacted closely with the dogs—such as petting or hugging them—were six times more likely to test positive for MRSA than those who barely interacted with them.

“It’s amazing to watch just how excited the children get when they see the dogs for the first time, and they enjoy petting, hugging, kissing and playing fetch with them. But because they go from session to session, the dogs can pick up and spread MRSA,” Dalton said.

Before the cleaning procedure was used, four of the children (15.4 percent) and three of the dogs (42.9 percent) became MRSA carriers after a visit. After the new procedure was implemented, just one child (4.5 percent) and two dogs (33.3 percent) tested positive for MRSA. When the dogs were cleaned, there was no difference in the MRSA rate between children who interacted closely with the dogs and those who did not.

“We found this simple, low-cost intervention helps increase patient safety while still ensuring that young patients with cancer can benefit from these therapy dogs,” Dalton said. “This intervention not only decreases MRSA transmission from the therapy dog to the patient, but also indirectly between patients or from the hospital environment to patients, with the dog as an intermediary. Decolonization is inexpensive and fast—it can be done by hospital staff or even the dog handler—and improves patients’ and dogs’ safety.”

Chris Nyquist, MD, MPH, who moderated an IDWeek press conference about the study, noted that although her institution, Children’s Hospital Colorado, has a pet therapy program, interaction with young cancer patients has been limited due to concerns about transmitting infection to this vulnerable group. This study, she said, offers a potential method for expanding where the dogs can go. 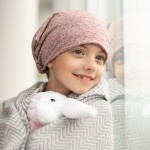 New Guidelines For Improving Treatment in Children with Hodgkin Lymphoma 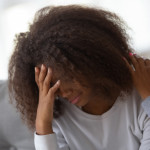 Nearly 90,000 Cancer Cases Diagnosed in Adolescents and Young Adults in 2020 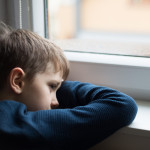