CVS to Broaden Access to Genetic Screening for Cancer Patients

A vote of confidence for a new, high-tech frontier in oncology

Many new cancer drugs target malignancies driven by genetic mutations, but insurers have been reluctant to pay for the genetic tests needed to identify people who could benefit.

That may be changing. The latest: CVS Health Corp will expand insurance coverage for individuals in some Aetna plans to provide access to broad genetic sequencing tests that can aid in the selection of the most promising cancer treatments, Reuters reports.

CVS, which acquired Aetna in 2018 for $69 billion, will apply this expanded coverage to an existing oncology program the company runs in 12 states. Individuals receiving health coverage through this program are prescribed treatment regimens according to the National Comprehensive Cancer Network guidelines. These treatments receive automatic prior authorization approval.

The new coverage for genetic sequencing of tumors applies to individuals with late-stage cancer or those whose cancer has advanced following previous treatments. All told, that amounts to about 30% of existing cancer patients in the 12-state program.

Tempus, a next-generation gene sequencing company in Chicago, will conduct the testing.

Various pharmaceutical companies have recently introduced cancer treatments for malignancies driven by specific, often rare genetic mutations. Genetic sequencing tests are required to identify which cancers are likely to be susceptible to such treatments. But coverage for such tests has been hampered by insurers’ concerns that there is insufficient evidence that the costs of such tests are justified.

Consequently, CVS’s move amounts to an important vote of confidence for this new high-tech frontier in oncology. The company’s pilot program has indeed yielded observational evidence that adhering to the national cancer guidelines has been good for its own bottom line, leading to a lower rate of hospitalizations and chemotherapy use as well as better care and fewer treatment side effects. 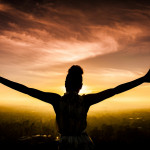