The author of a new survey study suggested that using such words may invalidate cancer patients’ experiences.

It’s quite common for doctors providing a diagnosis of thyroid cancer to try to reassure patients by referring to it as the “good cancer,” meaning one with an excellent prognosis, MedPage Today reports.

Presenting her findings at the virtual ENDO 2020 Meeting sponsored by the Endocrine Society, she argued that "patients who do have thyroid cancer, at least in clinical practice, do mention that they sometimes felt invalidated by calling this ’good cancer.’”

Between 2018 and 2019, Papaleontiou and her colleagues surveyed 448 endocrinologists, general surgeons and otolaryngologists in Los Angeles and Georgia who had treated differentiated thyroid cancer patients between 2014 and 2015. Half of the respondents said they used the “good cancer” expression. Sixty-one percent told thyroid cancer patients that they had experience managing the malignancy, hoping to lessen their concerns.

The clinicians said it was their impression that more than nine out of 10 of their thyroid cancer patients were at least somewhat worried about their diagnosis. Many reported being upset and having difficulty going on with daily activities.

Papaleontiou argued that educating patients about their actual prognosis and their risk of recurrence of differentiated thyroid cancer was of the utmost importance was to.

For most people diagnosed with thyroid cancer, the prognosis is indeed excellent. According to the American Society of Clinical Oncologists, the five-year survival rate for thyroid cancer is 98%. Most cases are diagnosed when they are localized to the thyroid, and in most of those cases, the cure rate is 100%.

Providing the statistical facts for an individual’s specific diagnosis, argues Papeleontiou, may actually be more reassuring than preemptively telling that worried person that the cancer is “good.” Her research suggests that some clinicians may already know that. When they realize that a patient is very worried, about two thirds of doctors are apt not to use the “good cancer” phrase.

To learn the basics of thyroid cancer, click here. 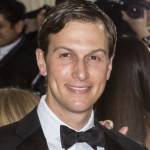 Jared Kushner Is One of the 43,800 People Diagnosed With Thyroid Cancer in 2019