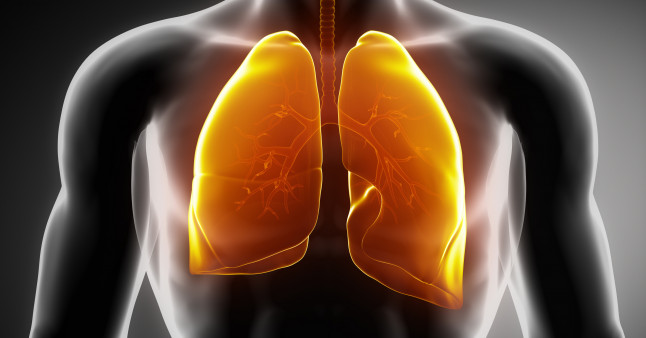 On March 4, the Food and Drug Administration (FDA) approved the checkpoint inhibitor Opdivo (nivolumab) plus chemotherapy as the first neoadjuvant, or pre-surgery, immunotherapy for adults with resectable non-small-cell lung cancer (NSCLC), meaning their tumors can be surgically removed.

“We are thrilled about the FDA’s expanded use of the cancer immunotherapy drug, nivolumab, as the first and only immunotherapy-based treatment for use before surgery for non-small cell lung cancer,” Upal Basu Roy, PhD, MPH, of the LUNGevity Foundation, said in a statement. “This new approval will change the practice of treating early-stage disease and will reduce the risk of lung cancer recurrence for NSCLC patients. This is an exciting advancement for the lung cancer community, especially considering that NSCLC is the most common form of lung cancer, accounting for about 85% of the estimated 2.2 new cases of lung cancer diagnosed each year worldwide.”

Non-small-cell lung cancer is often diagnosed at a late stage, when it is difficult to treat. But if the cancer is caught early, it may be possible to partially or completely remove tumors. Neoadjuvant therapy is used to shrink tumors prior to surgery while adjuvant therapy is given after surgery to kill residual cancer cells and reduce the risk of recurrence. Checkpoint immunotherapy has improved lung cancer treatment, but until now it has mostly been used for more advanced cases.

“Given the rates of disease recurrence in patients with resectable NSCLC, additional treatment options are needed that can be given before surgery to help improve the chance of successful surgical treatment and support the goal of reducing the risk of cancer returning,” Mark Awad, MD, PhD, clinical director of the Lowe Center for Thoracic Oncology at Dana-Farber Cancer Institute, said in a Bristol-Myers Squibb (BMS) press release.

The latest approval is supported by findings from the Phase III CheckMate-816 trial (NCT02998528), which is evaluating neoadjuvant treatment using Opdivo plus dual platinum chemotherapy. The study included 358 patients with resectable Stage IB (tumors of 4 centimeters or larger), Stage II or Stage IIIA NSCLC. The participants were randomly assigned to receive either Opdivo plus chemotherapy or chemotherapy alone, administered every three weeks for up to three cycles prior to surgery.

Opdivo is a monoclonal antibody that blocks PD-1, an immune checkpoint protein on T cells that regulates immune function. Some tumors can hijack PD-1 to turn off immune responses against them. Drugs that block the interaction between PD-1 and PD-L1, its binding partner on tumors, can release the brakes and restore T-cell activity. Tumors with higher PD-L1 expression tend to respond better to this type of treatment. However, the new approval is not limited based on PD-L1 status. Opdivo was previously approved for people with metastatic or recurrent NSCLC.

In this trial, the median event-free survival time was 31.6 months in the Opdivo plus chemotherapy group versus 20.8 months for those who received chemotherapy alone, reflecting a 37% reduction in the risk of disease progression, recurrence or death. The pathological complete response rate was 24% with immunotherapy plus chemotherapy compared to just 2% with chemotherapy alone, BMS announced. Overall survival appeared to improve in an interim analysis, but the difference was not statistically significant; follow-up is ongoing. Full results will be presented at the American Association for Cancer Research Annual Meeting in April.

Treatment with Opdivo plus chemotherapy was generally safe. The most common adverse reactions were nausea, constipation, fatigue, decreased appetite and skin rash. Checkpoint inhibitors that unleash T cells against cancer can also lead to excessive inflammation and damage to healthy organs and tissues. About a third (30%) of study participants experienced serious adverse reactions, and 10% stopped treatment due to adverse events. However, the addition of Opdivo to chemotherapy did not lead to more frequent delays or cancellations of surgery, longer hospital stays following surgery or surgical complications.

Routine lung cancer screening can detect tumors at an earlier stage when they may be easier to treat. Screening with low-dose CT scans is now recommended for current and former smokers ages 50 or older with a smoking history or 20-pack-years (for example, one pack a day for 20 years or two packs a day for 10 years).

“The approval of nivolumab with platinum-doublet chemotherapy marks a turning point in how we treat resectable NSCLC and it enables us to use immunotherapy and chemotherapy as neoadjuvant treatment for patients before surgery,” Awad said. “Today’s announcement reinforces the need to increase the rates of NSCLC screening and early detection, and for patients to discuss treatment options with their providers.”