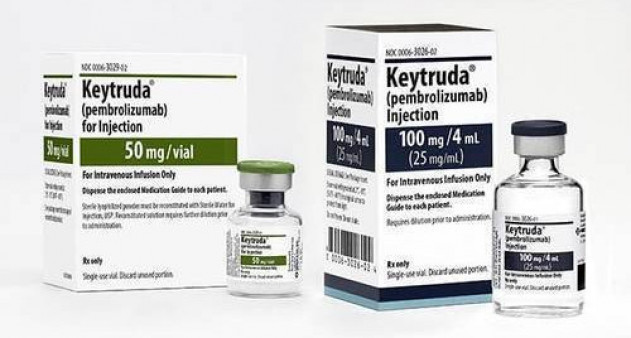 A study of melanoma patients found that treatment every six weeks is comparable to every three weeks.

The Food and Drug Administration has approved a Keytruda (pembrolizumab) dosing schedule of 400 milligram by IV infusion every six weeks, which appears to work as well as the previously approved schedule of 200 mg every three weeks. Less frequent dosing will help minimize patient visits to hospitals or infusion centers during the COVID-19 crisis.

“The important social distancing measures for COVID-19 have created a number of challenges for people with cancer, including keeping to planned treatment schedules,” Roy Baynes, MD, chief medical officer of Merck Research Laboratories, said in a company press release. “Today’s approval of an every six-week dosing schedule for Keytruda gives doctors an option to reduce how often patients are at the clinic for their treatment.”

The approval was based on pharmacokinetic data showing that the two dose schedules lead to comparable drug levels in the body over time, according to Merck. But clinical data presented last week at the American Association for Cancer Research (AACR) virtual annual meeting also support the change.

Keytruda is a monoclonal antibody that helps the immune system fight cancer. It blocks PD-1, a checkpoint receptor on T cells that helps regulate immune function. Some tumors can hijack PD-1 to turn off immune responses. Checkpoint inhibitors release the brakes and restore T-cell activity.

Keytruda is approved for the treatment of several malignancies including melanoma, bladder, cervical, kidney, liver, lung and stomach cancers, certain types of lymphoma and any microsatellite instability-high cancer, meaning it has many genetic mutations. The less frequent dosing regimen was approved across all adult indications, both for monotherapy and in combination with other medications.

At the AACR meeting, Mallika Lala, MD, on behalf of a team of scientists at Merck, presented results from one cohort of melanoma patients in the KEYNOTE 555 trial (ClinicalTrials.gov number NCT03665597). In addition to the new dosing regimen, the study is also evaluating whether Keytruda could be given as a subcutaneous injection instead of an IV infusion.

This interim analysis included the first 44 enrolled participants. About 60% were men, most had metastatic disease and they had not received prior treatment. Everyone in this group received Keytruda by IV infusion on the 400 mg every six weeks schedule.

After a median follow-up period of about seven months, 39% experienced complete or partial remission, including 9% with complete responses. This is comparable to the response rate of 35% in prior studies that included more than 1,000 melanoma patients treated with 200 mg every three weeks or weight-based dosing.

Treatment with the higher dose was generally safe, but side effects were common. About two thirds reported treatment-related adverse events, of which only 2% were severe (Grade 3 or 4).