Fred Hutch Deepens Its Focus on the Microbiome

The Microbiome Research Initiative symposium highlighted research on how the gut interacts with the immune system and the effect of that interaction on cancer.

Not so long ago, it would seem a stretch to think that the vast communities of bacteria, viruses and fungi that inhabit our skin, our mouths and our guts might be important to the prevention and treatment of cancer, but not anymore.

This week Fred Hutchinson Cancer Research Center hosted a two-day symposium highlighting research on how that microbiome — and gut bugs in particular — may interact with the immune system. Research is revealing that it does so in ways that can enhance or inhibit cancer treatments and that might play a role in triggering cancer or stopping it.

Nearly one year ago, David Fredricks, MD, launched the Fred Hutch Microbiome Research Initiative, which so far has pulled 48 faculty members, postdoctoral fellows and staffers into monthly meetings to coordinate research across the Hutch and plan this 2018 Symposium — the first of what are intended to become biennial events.

“The goal is to demonstrate that there is a vibrant, lively community of like-minded scientists in this field, and there is a home here at Fred Hutch for microbiome science,” Fredricks said.

Engaged: the microbiome and the immune system

The symposium drew 115 attendees from the Hutch, the University of Washington and other Seattle research institutions, and featured 19 speakers, including keynoter Yasmine Belkaid, PhD, director of the Microbiome Program at the National Institute of Allergy and Infectious Diseases, in Bethesda, Maryland.

She noted that microorganisms in our bodies are constantly sensed by the immune system and are constantly interacting with that system’s complex array of infection-fighting proteins and blood cells. But she cautioned: “Despite the enormous enthusiasm we have as a community to try to understand the role of the microbiome, I would argue that we still understand very little about the mechanisms by which the microbiome engages the immune system.”

Experiment by experiment, researchers are working the problem. In a series of detailed presentations, Belkaid and other speakers described how they are advancing efforts to unravel the often-surprising relationship we humans have built with the trillions of microbes that inhabit virtually every inch of our skin and the deepest recesses of our bodies.

In his own presentation, Fredricks described how the population of microbial communities in the gut of blood stem cell transplant patients may change dramatically in response to infection or antibiotic treatments. “The gut microbiota of patients who have undergone transplant at our center can be highly dynamic,” he said.

Fredricks’ team was able to track and characterize these disruptions and showed that when certain bacterial species dominate the microbiome — out-competing their neighbors and creating a less diverse community — the risk of a patient later developing severe graft-vs.-host disease increases significantly. GVHD is the dangerous and often debilitating complication where transplanted immune cells attack the patient’s healthy tissues.

Underscoring the importance of research to control GVHD, Fredricks noted that in the five decades that bone marrow transplantation has been saving lives, “we still don’t understand why some patients develop GVHD, while other patients do not.”

A bacterium linked to colon cancer

Among the other speakers, Susan Bullman, PhD, of Dana-Farber Cancer Institute and the Broad Institute of MIT and Harvard outlined research she is spearheading on a species of bacteria, Fusobacterium nucleatum, which is implicated in colorectal cancer. Her studies show that when colon cancer cells spread to the liver, the dangerous bacteria travel there as well, embedding with those rogue cancer cells as the disease enters its most lethal phase.

Stephen J.D. O’Keefe, MBBS, MD, a University of Pittsburgh researcher who also runs the African Microbiome Institute at Stellenbosch University in South Africa, said colon cancer is the second leading cause of cancer death worldwide but is largely preventable. “Diet drives colon cancer risk,’’ he said. “It is not the diet that causes cancer. It’s the effect of diet on the microbiome.”

O’Keefe maintains that Western diets that are high in fat and low in fiber increase the production of bile acids and cause bacterial communities in the colon to generate cancer-causing metabolites as they break down these foods.

Yet in Africa, where more than 50 grams of fiber from corn and other high fiber foods is central to daily diets, colon cancer is comparatively rare. He believes that boosting the fiber content of Western diets would help bring colon cancer rates more in line with those in Africa. USDA recommendations for daily fiber in a diet — 38 grams and 25 grams, respectively, for men and women under 50 — “are half what they should be,” O’Keefe said.

A dynamic field for young researchers

During a wide-ranging panel discussion about microbiome research, speakers pondered the direction of their field and their wish lists of problems to be addressed. Fred Hutch gastroenterology researcher Neelendu Dey, MD, noted that because the activities of the human gut and its microbial partners are ever changing, he would like to see new technology to gain a better appreciation of the “real time” dynamics of these interactions.

“The gut microbiome is not a homogeneous entity,” he said. “You have pockets, you have communities. Some of them relate to nutrients passing through, and the nutrients and the energy coming through vary minute by minute. Local concentrations of different metabolites vary, and they are constantly flowing. A snapshot in a study is obviously missing a lot of these key bits of in vivo [in the body] data.”

Asked to provide advice for young scientists, David Cook, PhD, said now was a “fantastic” time to enter the field. He is executive vice president of R&D and chief scientific officer at Seres Therapeutics, a Cambridge company developing drugs to treat colon diseases.

“It is a field that is going to grow and will absolutely have an impact on human health,” he said. “Even though we’re at the very beginning, that’s the best time to get in.”

This article was originally published on September 20, 2018, by Hutch News. It is republished with permission. 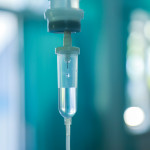 The Dangers Of Septic Shock In Blood Cancer Patients 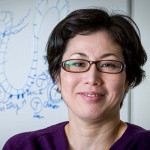 Mystery Solved: How Graft-Versus-Host Disease Starts in the Gut