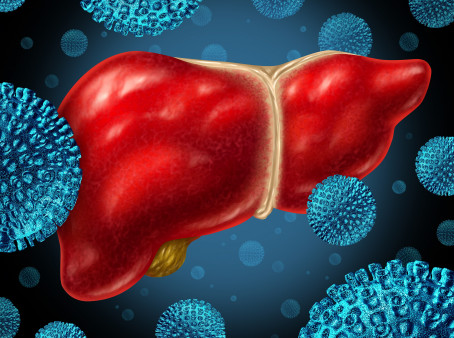 People treated with the antivirals Viread, Vemlidy or Baraclude are less likely to develop hepatocellular carcinoma.

People who used antiviral medications to treat hepatitis B virus (HBV) had a lower risk of developing hepatocellular carcinoma (HCC), the most common type of liver cancer, according to studies presented this week in Boston at The Liver Meeting, the annual meeting of the American Association for the Study of Liver Diseases (AASLD).

Over years or decades, chronic hepatitis B can lead to liver cirrhosis (severe scarring), liver cancer and liver failure. Nucleoside/nucleotide antiviral medications such as Viread (tenofovir disoproxil fumarate, or TDF), Vemlidy (tenofovir alafenamide, or TAF) and Baraclude (entecavir) can suppress HBV replication during treatment, but they seldom lead to a cure. Nevertheless, viral suppression slows the progression of liver disease.

Young-Suk Lim, MD, PhD, of Asan Medical Center, affiliated with the University of Ulsan in Seoul, Korea, presented results from two Phase III clinical trials of Viread and Vemlidy as treatment for hepatitis B. Vemlidy is an updated version of Viread that is easier on the kidneys and bones.

Gilead Sciences’ Study 108 compared Viread versus Vemlidy in 579 people with hepatitis e antigen (HBeAg)-negative chronic hepatitis B, while Study 110 included 1,053 people with HBeAg-positive hepatitis B. All had HBV DNA viral load levels of 20,000 or higher and elevated ALT liver enzymes. Some had compensated liver cirrhosis but none had been diagnosed with HCC at study entry.

Participants were randomly assigned to received Viread or Vemlidy for two or three years, followed by an open-label extension phase in which everyone took Vemlidy for up to eight years.

As previously reported, both medications were highly effective at suppressing the virus. After a year on treatment, 94% of Vemlidy recipients and 93% of Viread recipients had suppressed HBV DNA in the HBeAg-negative study, and 64% and 67%, respectively, did so in the HBeAg-positive study.

Researchers have also reported that those assigned to take Vemlidy rather than Viread were less likely to see detrimental effects on markers of kidney function and bone loss. Further, those who switched to Vemlidy during the study showed improvements in these markers compared with those who stayed on Viread.

These studies did not compare treated and untreated patients directly, but based on an HCC prediction model known as REACH-B, the likelihood of developing liver cancer among people treated with Vemlidy or Viread was significantly lower than would have been expected among untreated patients (50 cases over the same time frame). The researchers calculated that the two antiviral drugs reduced the risk of HCC by 58%.

In a related study, Stanislas Pol, MD, PhD, and colleagues with the French ANRS/AFEF Hepather Collaboration looked at the occurrence of liver cancer among people treated with Viread or Baraclude.

As background, the researchers noted that a previous study called REVEAL showed that higher HBV viral load is associated with an increased risk of cirrhosis regardless of age, sex, HBeAg status, ALT levels and smoking or alcohol consumption. People with cirrhosis are more likely to go on to develop liver cancer.

This analysis included 2,436 people with current or past HBV infection at more than 30 centers in France who were treated with antivirals upon entry into the Hepather cohort. Those with hepatitis C or hepatitis delta coinfection were excluded. Of these, 1,075 received Viread and 885 received Baraclude.

Viread recipients were slightly younger on average (47 versus 50 years), less likely to be men (68% versus 73%) and less likely to be starting HBV treatment for the first time (48% versus 64%), but otherwise they were generally similar. More than two thirds were of African origin, 21% were Asian and 32% were European. At study entry, 8% had advanced fibrosis and about 16% had cirrhosis. Only a small proportion had a prior history of HCC (3%) or decompensated cirrhosis with liver failure (4%).

Older age and having more advanced fibrosis or cirrhosis at the start of the study were associated with greater risk of liver cancer and liver-related death.

In this first large prospective cohort of French patients with chronic hepatitis B, including people of European and African as well as Asian origin, HCC and other liver-related events were not different between those treated with Viread or Baraclude, the researchers concluded.

These results do not confirm those from a previous study of an Asian cohort in Hong Kong which suggested that Viread might be associated with a lower risk of liver cancer compared with Baraclude.

Click here to read the Viread and Vemlify study abstract.